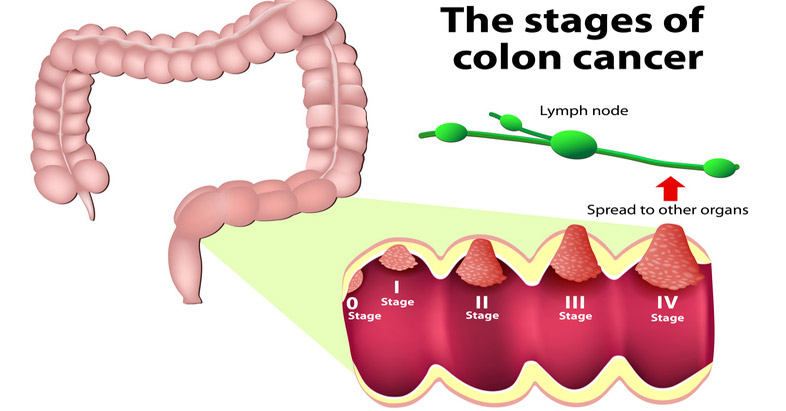 If anyone can tell you what your normal bowel habits are, it’s yourself. Some people may be comfortable passing stool everyday while others may be okay with passing every other day. Keeping that in mind, you can easily tell when you are constipated. Your bowel movements may be off or it may be difficult to pass stool. These are tell-tale signs that your colon isn’t functioning as it should. A study in 2003 found a link between constipation and an increased risk for colon cancer, especially among African-American women. Medical researcher Burkitt attempts to explain this through his hypothesis that in constipated people, carcinogens in the stool spend a long time in contact with the mucosa of the colon, increasing the risk for colon cancer. [2][3]
Occasional constipation is a common condition – but if it is ongoing (especially if other symptoms from this list are present), it can signal a more serious condition. Most people with constipation are only affected owing to poor fiber and water intake as well as lack of exercise. When you don’t have enough fiber in your diet from fruits, vegetables, and grains, stool tends to be hard and difficult to pass. Similarly, a lack of activity and exercise inhibits gut motility, which can lead to constipation.

On the other hand, frequent bowel movements like diarrhea have also been associated with an increased risk for colorectal cancer. The 2010 study by Simons, et. al. disproved Burkitt’s hypothesis by revealing that there was a positive association between frequent bowel movement and an inverse or negative association between constipation and colorectal cancer. They attempt to explain this through a substance called prostaglandin E2 that helps promote gut motility. However, this substance is also believed to promote tumor growth and inhibit cancer cell death. [4]
So what should you believe? These two contrasting studies make it clear – irregular bowel movements – either too frequent or not enough – both increase your risk of developing colon cancer. Again, the best judge of what “normal bowel movement” is, is yourself and if you haven’t been paying attention, you definitely should. If things seem abnormal, just consult your doctor.

Cancer is usually characterized by the rapid growth and spread of cancer cells, manifesting as a mass or a tumor. When a tumor grows in your colon, it can prevent your stool from moving normally through your colon. In people whose tumors have grown large enough to prevent the normal passage of stool, they may constantly feel an urge to defecate even after going to the bathroom. This is usually coupled with the next item on the list.

When the stool you pass is small and hard, this can indicate, amongst other things, that a tumor developing in the colon has grown large enough to block the lumen of the large intestine. You may be able to pass stool but not all of it. The result of this small, pebble-like, hard stool that leaves you feeling unsatisfied after defecation. As colon cancer advances, the tumor can grow large enough to cause bowel obstruction and accompanying sickness.

Rectal bleeding can present itself in two ways when it comes to colon cancer. The first can be due to excessive force used when defecating, or “pushing too hard”. This can strain the muscles and mucosa of the rectum, causing a bleed. The second can be caused directly by the growth of a tumor. The tumor itself may be bleeding (because tumors are highly vascularized) or causing damage to surrounding tissues. Studies have been done on patients who reported rectal bleeding and were later diagnosed with colon cancer. [5][6]

6. Hematochezia (Blood In The Stool)

In medical lingo, blood in the stool is referred to as hematochezia. Interestingly, there is a way to identify which part of the colon the blood is coming from. The normal passage of stool in the colon goes from right to left – from the small intestine to the large intestine, then to the rectum. When bleeding occurs in the right side of the colon, the blood in the stool tends to be dark red or maroon – whereas bleeding that occurs in the left side of the colon is appears bright red in the stool. This is because the longer the blood has been exposed, the darker its color. Very dark colored blood, close to black, is indicative of bleeding in the small intestine or even the stomach. [7][8]

Discomfort/pain in the abdominal area can be an indicator of many things, from indigestion to IBS – but can also include colon cancer. This would usually be accompanied by the other symptoms on this list, including problems with bowel movement. If you can’t pass your stool due to a blockage, it can cause severe discomfort and pain as the stool backs up in your colon. It becomes very dangerous if the stool is not evacuated and continues to build up, which can stretch and rupture the colon. Remember, a stool is a non-sterile substance and can cause an infection if it leaks out of the colon and into the surrounding tissue.

Severe weight loss or cachexia very common in people affected by cancer, because cancer cells “steal” the nutrition made for healthy cells. In the case of colon cancer, weight loss has a more direct cause. When stool backs up in the colon, it affects the way the colon absorbs nutrients. The block basically prevents food from traveling the rest of the colon, causing a nutritional deficiency in the body. In fact, in a study involving 3000 cancer patients, more than half of the number of patients (54 percent) with colon cancer were affected by cachexia. [9]

Bleeding in the colon can be occult, meaning in early stages you won’t immediately notice it. However, the body does! A person who has been chronically bleeding (even in small amounts) will be anemic. If you take a blood test and your CBC (complete blood count) levels are low, you may be bleeding somewhere internally – coupled with abdominal discomfort and irregular bowel movements, this bleeding may be happening in your colon. This test can be requested by your doctor and is typically performed as a routine aspect of an annual medical checkup.[8]

In addition to the cancer cells taking up much of the body’s energy, fatigue in colon cancer patients can be linked to bleeding. Persistent bleeding in the colon can cause symptoms of blood loss, which manifests as fatigue, weakness, dizziness, cold sweats, and eventually shock. [8]
Things to remember:
– Risk factors for colon cancer include age, higher intake of red meat, lack of exercise, obesity, “lifestyle vices” and heredity.
– Not all cases of the above symptoms would mean you have colon cancer. The main thing is to get tested, especially as you get older. Regular medical screening is vital.
At least one of the following tests should be done by men and women with average risk starting at age 50 (as recommended by the American Cancer Society). [10]
– Every year: guaiac-based fecal occult blood test (gFOBT), fecal immunochemical test (FIT)
– Every three years: Stool DNA test
– Every five years: flexible sigmoidoscopy, double-contrast barium enema, CT colonography
– Every ten years: colonoscopy

Don't forget to opt-in to Our Healthy Living Society and get 3 free gifts while receiving the latest information on health, well-being and groundbreaking news about natural nutrition.
Posted by Ankh Rah Healthy Living Blog at 10:00