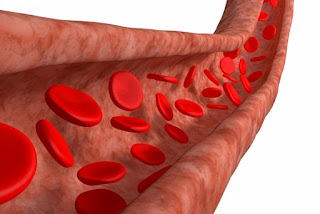 When the body gets an infection, the immune system normally works to fight it in order to make the body healthy again. Sometimes, though, the body overreacts. Sepsis is the body's overwhelming and life-threatening response to an infection. It can cause tissue damage, organ failure and death.

Anyone can get sepsis, though some people are more likely to get it, such as people suffering from a severe burn or wound, people with weakened immune systems, babies, very young children, the elderly or people with chronic illnesses, according to the Centers for Disease Control and Prevention (CDC).
Normally when the body gets an infection, chemicals are released into the bloodstream to fight the infection. Sometimes, though, the body creates an overwhelming response to an infection, and the chemicals released into the bloodstream can cause inflammation throughout the body. This reaction is called sepsis. The inflammation can cause blood clots and leaky blood vessels. The poor blood flow can then cause damage to multiple organ systems, and can even cause them to fail.


"While any type of infection — bacterial, viral or fungal — can lead to sepsis, the most common varieties include pneumonia, abdominal infection (i.e. diverticulitis, appendicitis, or gall bladder infections), kidney and urinary tract infections, and primary bloodstream infections (bacteremia),”"said Dr. Niket Sonpal, an assistant professor of clinical medicine at Touro College of Osteopathic Medicine, Harlem Campus.
Sepsis can progress to septic shock. Septic shock is caused when blood pressure drops dangerously low, weakening the heart, according to the National Library of Medicine (NLM). The very old, very young and people with weakened immune systems are more susceptible to septic shock.
Once, people used the terms septicemia and blood poisoning to refer to microorganisms or their toxins in the blood that are linked with sepsis. "They are no longer commonly used because they do not take into account the entire spectrum of organisms that can infect the blood," said Sonpal. "There are so many ways in which the blood can be infected and thus these terms are actually misleading. For example, pneumonia can cause sepsis, as the organisms can move into the bloodstream."

The symptoms of sepsis can be hard to identify because the sufferer will also be experiencing symptoms from the infection. The easiest way to remember the symptoms of sepsis is to associate the letters in the word with symptoms, according to the CDC. The symptoms are:
S — Shivering, fever, or feeling very cold
E — Extreme pain or general discomfort
P — Pale or discolored skin
S — Sleepy, difficult to rouse, confused
I — "I feel like I might die"
S — Shortness of breath

If sepsis is suspected, medical professionals should be contacted immediately. According to CDC, there are over 1 million cases of sepsis each year and it is the ninth leading cause of disease-related deaths, killing around 258,000 Americans each year. The sooner sepsis is treated, the better.
A medical professional will run blood tests to check for evidence of infection, clotting problems, abnormal liver or kidney function, impaired oxygen availability and electrolyte imbalances, according to the Mayo Clinic. Other tests such as secretion and urine tests or imaging scans may also be ordered.
Once sepsis is confirmed, broad-spectrum antibiotics are typically administered, which work to destroy a wide range of bacteria in the body. Vasopressor medication may also be prescribed to raise blood pressure, and other symptoms will also be treated. In some cases, surgery is needed to remove the infection.

Sepsis can be prevented by preventing infections, according to the CDC. Vaccinations help prevent the flu, pneumonia and other infections. Practicing cleanliness is the best way to prevent bacterial, viral or fungal infections. Always clean cuts and scrapes, wash hands regularly and bathe often.