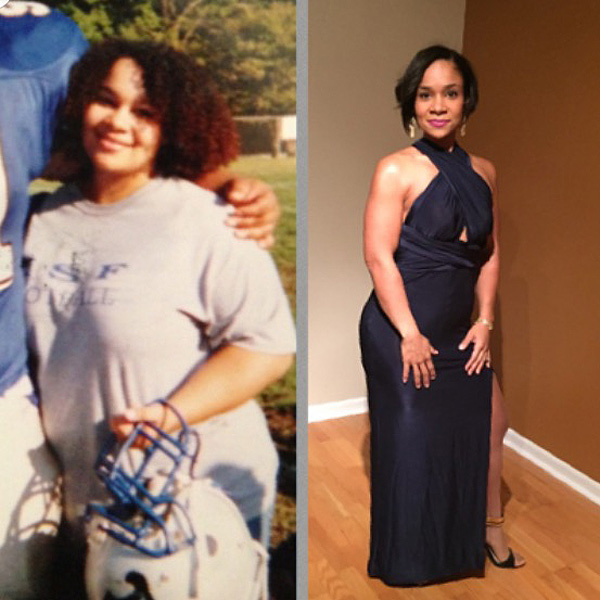 FISHERS -- It's still the beginning of the year and many of us are still motivated about reaching our fitness goals. Well, here's motivation like none other: a Fishers woman who is now half her former size is competing in her first fitness competition.

We caught up with her in the gym of course to talk about her road to the competition stage.
From 277 pounds to a very athletic 132 pounds. Eve Guzman isn't turning back, in fact she's taking it a step further. After being featured in People Magazine's "half their size" issue last year, she's now preparing to flaunt her hard work on stage against other figure competitors.
"I want to show other women this can be done. I'm doing it for them and myself. I'm a newbie. I'm just going to give it my all and just prove that I can do it," said Eve Guzman.
With muscle definition and a mindset that's unmatched, Eve is pushing through the strict competition diet which cut out her weekend treat meals. She's officially in the zone.

"I went from being morbidly obese to average, to fit and now trying to be a figure competitor athlete. My life has changed so much. It's amazing. My mindset, everything is on fire," said Guzman.
Eve started her journey by learning how to eat less. She slowly implemented working out.
Now she's the queen of her local gym. Over the next three months, she'll transform her body with the help of her fitness coach who has also done figure competitions so she knows what this process is all about.
"The freak out moments will come. So I'll be there for those too. Kind of the psychologist behind you, you're find it's going to be alright," said coach Jennifer Sturges.
But for Eve, she's focused on what made her travel this road in the first place.
"I focused on my why which was my family, my kids, being healthy and strong. When it comes down to it I was just an everyday person who decided to go for it."
The figure competition is in Indianapolis in April. Guzman has her "swole mate" as her workout partner. Her husband is down 125 pounds.