Instead of just flushing it away, your pee could one day generate power. Researchers have developed a way to create affordable and renewable electricity with a fuel cell that runs on urine.
The new device

relies on natural biological processes of so-called electric bacteria, essentially living cells that eat and breathe electricity.
"These electric bacteria are a fascinating type of bacteria that are capable of transferring electrons generated by the breaking down of organic compounds extra-cellularly," said study co-author Mirella Di Lorenzo, a professor in the Department of Chemical Engineering at the University of Bath, in the United Kingdom. 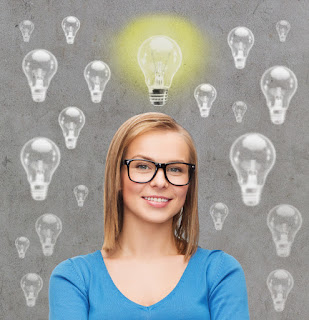 Extracellular processes are things that happen outside a cell, in the space on the other side of the cell membrane.
For the new fuel cell, researchers at the University of Bath, Queen Mary University of London and the Bristol Bioenergy Centre collected electric bacteria from sewage at a water treatment plant in the U.K.
Di Lorenzo said it is still not well understood how these bacteria can transfer electrons; in normal electricity generation, electrons move by being given to "electron acceptors" inside the fuel cells. These electrons are donated to an electrode and power is gathered through this movement.
"Some bacteria have conductive wires that carry the electrons, others will use some specific compounds in solution

that act as electron shuttles," Di Lorenzo told Live Science. "In other cases, the transfer is done by direct contact between the bacterial cell and the electrode."
The scientists worked on this idea to develop a means of generating electricity at low cost, which could help with combatting dependence on fossil fuels (since urine would be the only fuel needed to run the cell).
"The advantages of microbial fuel cells rely in the simplicity of the design," Di Lorenzo said.

is also carbon-neutral, according to the researchers, which means no additional carbon dioxide is released into the atmosphere when it operates. The cost-effectiveness of the materials used, the zero emission of harmful gasses, and the use of waste as fuel with the additional advantage of treating waste while generating electricity all contribute to how the device can support secure, affordable and environmentally friendly energy, Di Lorenzo said.
Furthermore, microbial fuel cells, or "bio-batteries," are much cheaper to develop than similar technologies. They measure just 1 square inch, or about the size of a postage stamp, and use a carbon catalyst at the cathode that is made up of glucose and ovalbumin, which is a protein found in egg white. This means the catalyst is renewable and a much cheaper alternative to the platinum that microbial fuel cells often use, the researchers said.
According to the International Energy Agency, around 1.2 billion people in the world don't have access to electricity. By developing cheap and simple ways of generating electricity, such as microbial fuel cells, people in these poor and developing or rural areas could be helped much sooner, the researchers said.
"The technology has the potential of addressing the poor sanitation in developing countries and remote areas while generating electricity," Di Lorenzo said.
Currently, the urine-powered fuel cell can generate around 2 watts per cubic meter of energy, which is about enough to power a cellphone, but the team is working on improving the design, and the researchers said they are confident they will be able to increase the fuel cell's performance.
"To have created technology that can potentially transform the lives of poor people who don't have access to, or cannot afford electricity, is an exciting prospect," study lead author Jon Chouler, a Ph.D. student at the Centre for Sustainable Chemical Technologies at the University of Bath, said in a statement. "I hope this will enable those in need to enjoy a better quality of life as a result of our research."
http://www.livescience.com/54588-pee-powered-fuel-cells-cheap-electricity.html