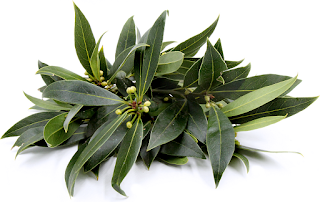 What is coffee-leaf tea? I've heard it's better for you than regular coffee or tea. Is that true?
Fairly new to the market, coffee-leaf tea is gaining in popularity owing in part to the fact it's packed with antioxidants and anti-inflammatory compounds. It's also considerably lower in caffeine than coffee and tea.
Coffee-leaf tea isn't made from coffee beans or traditional tea leaves. Instead, it's made from the leaves of the Arabica coffee plant. (Black, oolong, green and white tea leaves all come from the same plant, Camellia sinensis.)
Typically, the leaves of the coffee plant (Coffea, scientifically speaking) have been ignored, overshadowed by the demand for its highly valued coffee beans. That seems to be changing.
Excellent source of antioxidants
In 2012, researchers from France and England tested 23 species of coffee plants for their antioxidant potential. Published in the journal Annals of Botany, the study revealed that coffee leaves contained a very high concentration of chlorogenic acid, an antioxidant that's also found in coffee beans. (Tea leaves contain a different type of antioxidant.)
Arabica coffee leaves were found to have the highest level of mangiferin, a phytochemical that was first extracted from mangoes.
Since then, mangiferin has been extensively studied for its potential to guard against heart disease and cancer. The plant compound has been shown to have antioxidant, anti-inflammatory, anti-microbial and cholesterol-lowering properties.
These protective compounds end up in your cup of coffee-leaf tea, too. Research from Brazil, published in 2016, found that brewed coffee-leaf tea was an excellent source of mangiferin.
Wize Monkey, a Vancouver-based company, is the main player on the coffee-leaf tea scene. You'll find its coffee-leaf tea varieties – original, mango, Earl Grey, mint and jasmine – in natural-food stores, including Whole Foods, across Canada. The company recently expanded into the United States.
Wize Monkey produces its coffee leaves the same way traditional black tea leaves are made. That means the coffee leaves are allowed to ferment and oxidize before they're heated and dried.
Last year, food scientists from the University of British Columbia revealed that coffee leaves produced this way helped balance the body's nitric-oxide production, a chemical that helps keep blood pressure in check.
The research, soon to be published in the journal Food Science, also demonstrated that the longer coffee leaf tea was steeped, the greater its anti-inflammatory activity.
Healthier than coffee or tea?
Will drinking coffee-leaf tea ward off disease?
It's too soon to say whether the antioxidant and anti-inflammatory properties of coffee leaves will translate into real health benefits. That research hasn't been done yet. But clinical studies, I'm told, are being planned.
Plenty of research, however, has examined the potential health benefits of drinking coffee and tea.
The most promising evidence for coffee drinking relates to type 2 diabetes. Numerous studies suggest that drinking four to six cups of coffee each day lowers the odds of developing the disease.
Coffee drinking has also been linked to protection from gallstones, asthma, stroke, liver cancer, Parkinson's disease and Alzheimer's.
Studies suggest that drinking green tea may lower the risk of breast and ovarian cancers, ease the severity of arthritis pain and reduce elevated LDL (bad) cholesterol in the bloodstream. Both green and black tea have been linked to protection from heart disease.
Keep in mind, though, this research was observational in nature and, unlike randomized controlled trials, does not prove cause and effect.
Coffee-leaf tea is worth a try
I recommend tasting coffee-leaf tea if you haven't.
It's amber in colour, like lightly brewed black tea, and has a refreshing earthy taste, similar to that of green tea, but not as grassy-tasting. Unlike traditional tea, it doesn't taste bitter if you brew it too long.
Coffee-leaf tea is also much lower in caffeine, containing 18 mg per eight-ounce cup. (Coffee, black tea and green tea has 100 to 175 mg, 45 mg and 30 mg respectively.)
There's another reason to drink it: sustainability.
Underused coffee leaves are harvested and repurposed during the coffee-bean off season, which provides workers with full-time employment.
Coffee beans are harvestable only three months of the year, forcing workers to migrate to look for extra income. Coffee leaves, on the other hand, are harvested year-round.
Coffee-leaf tea probably won't replace your morning cup of java. But it's a healthy alternative that's worth rotating in your hot beverage menu.
Leslie Beck, a Toronto-based private practice dietitian, is Director of Food and Nutrition at Medcan.
https://beta.theglobeandmail.com/life/health-and-fitness/health/for-an-antioxidant-boost-try-coffee-leaf-tea/article36682266/?ref=http://www.theglobeandmail.com&

Don't forget to opt-in to Our Healthy Living Society and get 3 free gifts while receiving the latest information on health, well-being and groundbreaking news about natural nutrition.
Posted by Ankh Rah Healthy Living Blog at 09:19