Pregnant mothers around THIS could be increasing kids’ risk of growths! 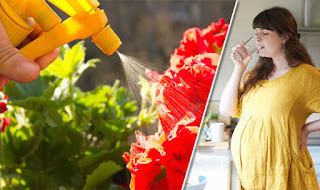 Expectant mothers could be putting their kids’ health at risk by being exposed to pesticides, particularly insecticides, according to researchers.
Childhood brain tumours can lead to learning difficulties, difficulties with balance and partial or full loss of sight.
Pesticide exposure increased the risk of childhood brain tumours by 1.4 times, said the researchers from the French Institute of Health and Medical Research.
They warned pregnant women to limit their exposure to pesticides to avoid increasing the risk of the growths. 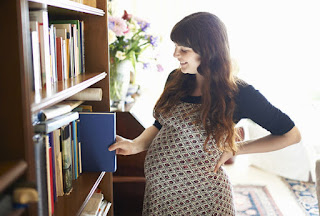 The lead author of the study, Nicolas Vidart d’Egurbide Bagazgoïtia, said: “Although such retrospective studies cannot identify specific chemicals used or quantify the exposure, our findings add another reason to advise mothers to limit their exposure to pesticides around the time of pregnancy.”

Wash Off Pesticides On Vegetables

The researchers reviewed data from 3,539 French mothers, of which 437 had children that developed brain tumours.
The mothers had phone interviews, followed by one-to-one interviews, to find the results.
They found pesticide exposure significantly increased the risk of developing the tumour, while insecticides increased the risk by 1.6 times.
Future investigations were needed to confirm the findings, the researchers said.
Further studies would also help scientists to better understand the link between pesticides and childhood brain tumours.
About 560 people, under-19, are diagnosed with brain tumours in the UK every year, according to The Brain Tumour Charity.
Brain tumour symptoms include persistent vomiting, seizures, recurring headache, and double-vision. But, symptoms vary from person to person and depends on the exact location of the tumour on the brain.
They can be treated by radiotherapy, chemotherapy or proton-beam therapy.
http://www.express.co.uk/life-style/health/862321/Pesticide-insecticide-brain-tumour-risk-pregnancy-unborn-baby

Don't forget to opt-in to Our Healthy Living Society and get 3 free gifts while receiving the latest information on health, well-being and groundbreaking news about natural nutrition.
Posted by Ankh Rah Healthy Living Blog at 13:38