Nondescript they may be, but oats are a true ‘superfood’!

Most people pay little attention to the flakes in their morning muesli (a breakfast and brunch dish), but those oats are a true ‘superfood’. They can lower blood-sugar and cholesterol levels and protect gut flora as well, thereby helping to prevent cancer.
Oats are also very filling, keeping hunger at bay long after breakfast. And they can be used to make hearty dishes and baked goods.
“What’s particularly important in oats is a special kind of dietary fibre: beta-glucans,” says Johannes Gottfried Mayer, head of the research group on monastic medicine at the University of Wuerzburg’s Institute for History of Medicine. “Beta-glucans prevent a large rise in blood-sugar levels, which is especially beneficial for people with Type 2 diabetes.”
Studies have shown that insulin-dependent diabetics can reduce their insulin requirement by a third with a predominantly oat-based diet on just two days a
month. The effects of an ‘oat day’ last two to three weeks, Mayer says. 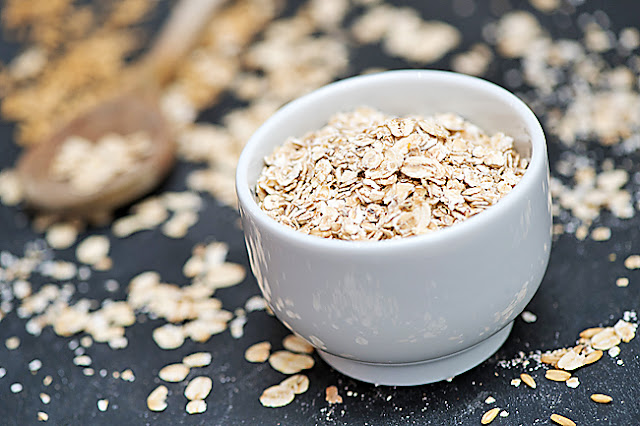 The grain has other health benefits as well. For instance, the 4.5 grammes of beta-glucans in 100 grammes of oats protect the mucous membrane that lines the digestive tract, notes Silke Restemeyer, a spokesperson for the German Nutrition Society.


“What’s more, beta-glucans are thought to bind to bile acids and thereby increase their excretion, making the body draw on cholesterol to produce more bile acid,” she says. This lowers cholesterol levels.
Despite their many health benefits, oats should be eaten in moderation, Pfannebecker advises. “Grain, in general, is relatively high in calories, so you shouldn’t overdo it.”
She says an ideal portion of oatmeal consists of 40 to 50 grammes, which contain roughly 150 to 180 calories. Pfannebecker recommends eating oats with foods containing protein, such as milk, curd cheese or yoghurt. This is even more filling.
“To aid the absorption of the iron contained in oats,” she says, “you should eat them in combination with vitamin C – with fresh fruit or juice, for example.” – Text and Photo by dpa
https://borneobulletin.com.bn/nondescript-they-may-be-but-oats-are-a-true-superfood/

Don't forget to opt-in to Our Healthy Living Society and get 3 free gifts while receiving the latest information on health, well-being and groundbreaking news about natural nutrition.
Posted by Ankh Rah Healthy Living Blog at 12:00