Professional football is as risky as boxing in causing brain damage that can lead to dementia and early death, a major new investigation warns.
Scientists at University College London say years of heading the ball can cause the same type of progressive damage as suffered by heavyweight prizefighters.
They have called for “urgent” widescale research to establish whether repeated sub-concussive head impacts caused by heading may also be prompting dementia in the amateur game.
Meanwhile, the daughter of the former England striker Jeff Astle, who died of a degenerative brain disease aged 59, criticised the football authorities’ “indefensible and disgraceful” response to the issue.
Researchers conducted post-mortem examinations of the brains of five professional players, and one “committed” amateur, who had played for an average of 26 years and who had all suffered from dementia.
They found evidence of chronic traumatic encephalopathy (CTE), which can be caused by repeated blows to the head and is a condition known to lead to dementia.
The rate of CTE in the footballers’ brains was greater than the 12 per cent average found in the general population.
The players had also developed dementia around their mid-sixties, an average of ten years earlier than most people afflicted with the incurable disease.
Dr Helen Ling, the UCL scientist who led the research, said this was the first time CTE had been confirmed in a group of retired footballers.
“These players had the same pathology as boxers,” she said.
“The most pressing question now is to ask how common dementia is among retired footballers.
“If we can demonstrate that the risk is higher than the normal population then we would need to look at putting preventative strategies in place.” 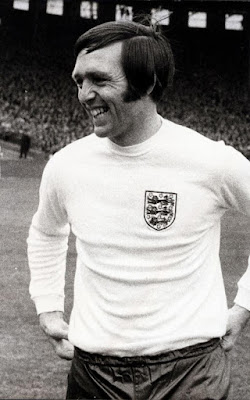 Today’s research will be a spur to the growing campaign to force the Football Association to focus more on the dangers of heading.
Critics say the sport’s governing body has been slow to recognise the issue, despite the long list of famous players who have suffered from dementia.
These include the former Tottenham captain Danny Blanchflower, Bob Paisley, who played made 253 appearances for Liverpool, and Jeff Astle.
Astle’s daughter Dawn, who lost her father in 2002, welcomed the new UCL study, but said she was not surprised by its conclusions.
“I think that’s what is so very frustrating, the fact that it’s nearly 15 years since my dad died and the fact that nothing from any footballing authorities has been done.
“It is really indefensible and disgraceful." 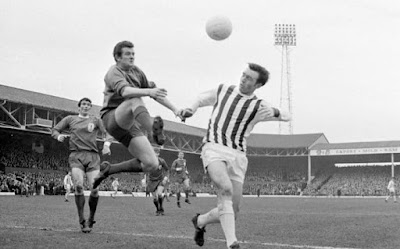 West Brom centre-forward Jeff Astle challenging for the ball in 1968, whose daughter now says brains of former footballers should be donated for research  CREDIT: PA
Professor Huw Morris, a consultant neurologist at the Royal Free Hospital, said footballers may not only be damaging their brains from heading, but also from rapid decelerations while playing and impacts with other bodies.
He cautioned, however, against extrapolating the new findings to the wider football playing public, and emphasised that retired footballers have a lower mortality rate than the general population because of the general fitness benefit.
“At the moment we don’t know the extent of the problem,” he said.
“Clearly more research needs to be done.”
Last December the Professional Footballers’ Association called on the game’s authorities to consider banning children under the age of 10 from heading the ball, following research by the University of Stirling which found players suffered memory impairment after heading.
The FA’s head of medicine, Dr Charlotte Cowie, welcomed the new study, which is published in the journal Acta Neuropathalogica.
She said a 2015 panel had decided research was needed into whether degenerative brain disease is more common among former footballers.
“The FA is determined to support this research and is also committed to ensuring that any research process is independent robust and thorough so that when the results emerge, everyone in the game can be confident in its findings,” she said.