Bible-inspired diets and fitness plans are catching on! 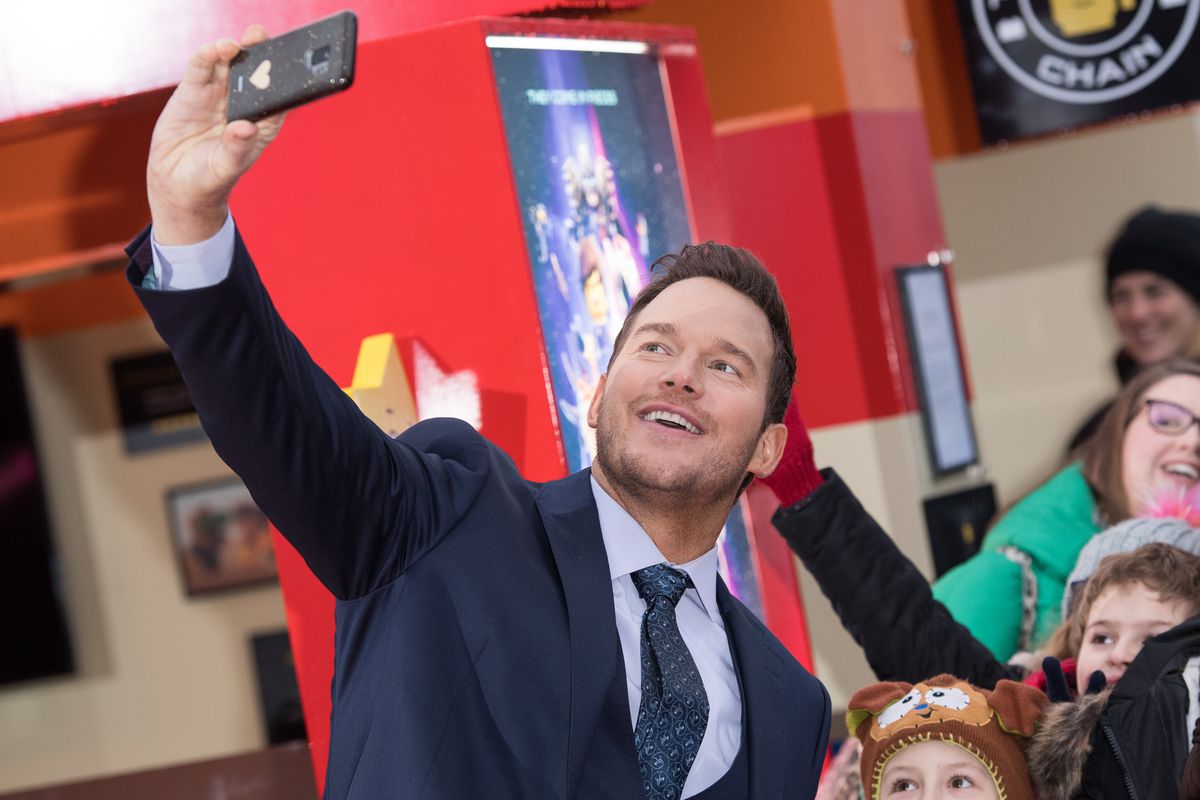 People who want to get fit, lose weight, and eat more healthfully often turn to trainers and dietitians for advice. But today, they might also to turn to a Bible-inspired or faith-based wellness program. Take actor Chris Pratt. He announced last month in an Instagram story that he was on day three of the Daniel fast.
“It’s 21 days of prayer and fasting,” he explained.
The program takes its name from the Old Testament prophet Daniel. While it’s called a fast, it does not require complete abstinence from food. Instead, “some foods are eaten while others are restricted,” according to the Daniel fast website. Those who go on the fast hope to not only get their weight and diet under control but also draw closer to God.
The fast is so popular that it has spawned a book, a weight loss manual, and a study guide. There’s also the similarly named Daniel plan. Developed by megachurch pastor Rick Warren, along with Dr. Daniel Amen and Dr. Mark Hyman, the plan promises a healthier life in 40 days. You can follow it by buying the series of books about the diet and signing up for the Daniel plan 21-day challenge for $89; it includes workouts, coaching emails, and food planning tips.
Evangelicals aren’t the only ones drawn to fasting and Bible-based dietary trends. Silicon Valley executives have made headlines for fasting at least a few days week to supposedly improve their productivity, and talk show host Jimmy Kimmel fasted to drop 25 pounds. Fasting in the United States is becoming more widely accepted, and obsession with so-called clean eating has risen so much in recent years that the name of a new eating disorder, “orthorexia,” was coined to describe the trend.
The Bible, of course, was one of the earliest sources to divide foods into “clean” and “unclean” categories. Rabbit, for example, is considered unclean; sheep is clean. Alternative medicine expert Josh Axe has ranked biblical foods like olive oil, pomegranates, and flax based on how healthful they are. And in Whole Foods, you can find Ezekiel bread, the sprouted whole-grain bread named for the following passage in Ezekiel 4:9: “Take wheat and barley, beans and lentils, millet and spelt; put them in a storage jar and use them to make bread for yourself.”
Both secular and Bible-based wellness promise to make practitioners more enlightened in some way. But full participation in either strain of wellness requires followers to spend money — be it on special foods, cookbooks, instruction guides, or other goods. 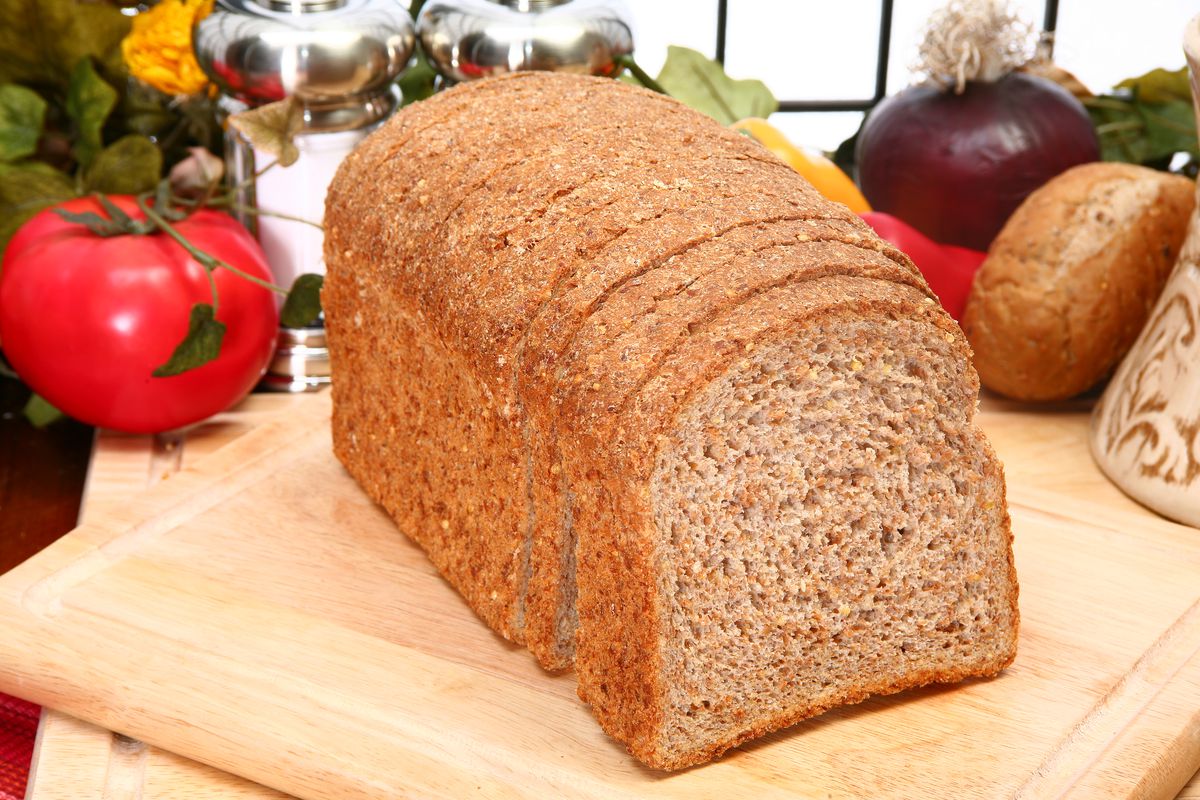 How the Daniel plan made Bible wellness more mainstream

Fasting has been a religious practice among a variety of faiths for millennia, but over the past decade, the trend of Bible-based wellness has repeatedly made news headlines. It began with Saddleback Church’s Rick Warren, author of the best-seller The Purpose Driven Life and the pastor who did the invocation at President Obama’s 2008 inauguration. Warren hyped the Daniel plan as a weight loss diet in 2011, and 14,000 people immediately signed up for the program.
Warren said he dropped 60 pounds after going on the plan and giving up processed foods, instead eating plant-based alternatives. “Good foods,” according to the plan, include everything from asparagus to black beans to eggs. Shellfish should be limited, however, and meat and poultry should be free-range, organic, and void of hormones and antibiotics.
Warren found inspiration in the prophet Daniel, who subsisted on vegetables and water for two weeks instead of eating the forbidden foods presented to him by the Babylonian king’s court. The sacrifice was worth it, according to Scripture, as Daniel was mentally sharper and physically improved afterward.
The people behind faith-based wellness programs know that their followers may not be in the greatest physical shape. Warren said he noticed many of his congregants were overweight or obese. During a visit to ABC’s The View to promote the Daniel plan, he said the idea for the diet occurred to him after he baptized 850 people one day.
“At about number 500, I had a thought go through my mind,” Warren explained. “It wasn’t a very spiritual thought: It was, ‘Good night, we’re all fat,’ and then I thought, ‘But I’m fat.’”
Long before the Daniel plan or the Daniel fast became trendy, Christian denominations like the Seventh-Day Adventists followed a similar diet plan. Their dietary habits have been influenced by Daniel, Adam, and Eve (believed to be vegetarians) since the 1800s. Some studies have found that Adventists live longer than members of others faiths. The Daniel fast also has similarities to Lent, when some Christians, including Catholics and Anglicans, give up foods like meat in preparation for Easter.
In addition to the Daniel fast, other diets inspired by Scripture include the “hallelujah diet,” the “maker’s diet,” and the Weigh Down Workshop. While the Weigh Down Workshop allows followers to eat whatever they want as long as they’re genuinely hungry — it’s essentially mindful eating — many of the other Bible-inspired diet plans have been criticized for their extreme caloric restrictions. In that way, they’re not much different from more mainstream fasts and cleanses. (Some have also accused the Weigh Down Workshop of being akin to a “cult” for its ties to a church that allegedly encourages members to cut ties with friends and family.)
There’s also the fact that once participants buy all the cookbooks, workbooks, and other accoutrements needed to follow these plans, they could be out well over $100. This is significantly cheaper than a weight loss program like Jenny Craig, which can cost more than $500 monthly. WW, on the other hand, has a $20 starter fee and can cost as little as $7 weekly after that. But any number of diets cost nothing at all — not to mention that Bibles are handed out for free all the time.

What fitness has to do with faith-based wellness

Bible-based wellness doesn’t stop with food. There are also several fitness and sports plans centered on Scripture. The Church Fitness consulting firm helps faith-based organizations that want fitness facilities to play a role in their ministries. In 2015, the American Council on Exercise forecast the rise of faith-based fitness programs. ACE pointed out:

Over the past few years, many faith-based communities have begun offering classes, nutrition advice, and health coaching to help people improve the physical and spiritual well-being of their adherents.

Churches have launched cycling ministries as well as archery ministries like Centershot Ministries, a Christian archery program for kids. Beyond archery programs, Christianity-based workout plans like Faithful Workouts and PraiseMoves have grown popular in evangelical circles. PraiseMoves bills itself as an alternative to yoga and frames the practice, much like megachurch Pastor John Lindell does, as dangerous for Christians. The Holy Yoga program takes the same approach.
Last year, Lindell warned his congregation away from yoga because of its non-Christian roots.
“To say the positions of yoga are no more than exercise are tantamount to saying water baptism is just aqua aerobics,” he said during a sermon.
There’s even a Christian answer to CrossFit. Revelation Wellness pairs high-intensity exercise and strength training with Scripture; as participants do reps, Bible verses are read aloud. “We believe that as the body of Christ gets healthy and whole, we will be fit for our purpose — to proclaim and spread the love of God to the ends of the earth,” the Revelation website says of its mission.
Founder Alisa Keeton has written a book, The Wellness Revelation, to explain her philosophy. Launched in Phoenix in 2001, the program now has more than 1,000 certified instructors nationally. Training to be an instructor is cost-prohibitive for many people, though. Tuition can run up to $2,095.
The surge of Bible-based diet and exercise regimens has sparked some concern. In 2014, the Daily Beast published an article that asked: “Is American Christianity Becoming a Workout Cult?”
The engineers of the Christian wellness programs that have sprung up over the past 20 years, however, view fitness as a way to transcend the physical and deepen their faith. When Christianity Today profiled Revelation Fitness in 2017, Keeton argued, “God, through loss, through discomfort, through fire, heals us. That’s how it goes beyond fitness.”
The gospels themselves make Christianity a natural fit for the wellness trend. Scripture, after all, frames Jesus as a physician who arrived to heal the sick. The idea that spiritual growth leads to wellness, both physically and mentally, is one of the key components of the faith.

Don't forget to opt-in to Our Healthy Living Society and get 3 free gifts while receiving the latest information on health, well-being and groundbreaking news about natural nutrition.
Posted by Ankh Rah Healthy Living Blog at 09:00