The true extent of the UK's excessive drinking! 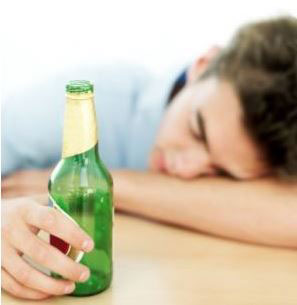 More than 2.5 million people across the UK drink so much alcohol that they suffer from memory loss or are sick on a weekly basis, new research by PharmacyOutlet.co.uk has revealed.

The online pharmacist and EPS specialist commissioned an independent, nationally representative survey among more than 2,000 UK adults. It found that over a third (35%) of UK adults drink alcohol four times a week or more, with men (44%) far more likely to drink this often than women (27%).

The research also found that 5% of UK adults – 2.59 million people – drink so excessively that once a week, on average, they suffer from memory loss. Those aged between 18 and 34 (10%) and people in London (9%) were more likely to experience such regular alcohol-related blackouts.

Furthermore, 3% of the population even said they vomited due to excessive alcohol consumption on a weekly basis. Again, the figure is significantly higher among millennials (8%) and those living in the capital (7%).

PharmacyOutlet.co.uk’s study showed that people’s drinking issues result from a lack of care in monitoring their intake combined with ignorance over what is a safe level of alcohol to consume. The survey found that a mere 12% of UK adults count the number of alcohol units they drink to ensure they do not exceed the recommended limit, while 23% of people do not actually know what the recommended levels are.

Hitesh Dodhia, Superintendent Pharmacist at PharmacyOutlet.co.uk, commented on the findings: “Much is made of the UK’s drinking culture, and this research certainly offers up some concerning results. While drinking little and often can be relatively low risk – as long as it’s within the recommended levels – there are very serious health issues that can potentially arise from regularly drinking to excess.

“Beyond the memory loss and vomiting that binge drinking can trigger in the short-term, alcohol abuse over a longer period can lead to liver damage, cancer and depression. As such, it is vital that people are aware of what the recommended consumption levels are and monitor their intake. What’s more, if they ever feel they have an addiction to alcohol, it is really important that they seek help promptly.”

In 2016 the UK Chief Medical Officers reformed its guidelines to state that both men and women should not drink more than 14 units of alcohol each week – the equivalent of six pints of average-strength beer or the same number of medium-sized glasses of wine. The previous guidelines were 21 units for men and 14 units for women per week.

Don't forget to opt-in to Our Healthy Living Society and get 3 free gifts while receiving the latest information on health, well-being and groundbreaking news about natural nutrition.
Posted by Ankh Rah Healthy Living Blog at 11:00