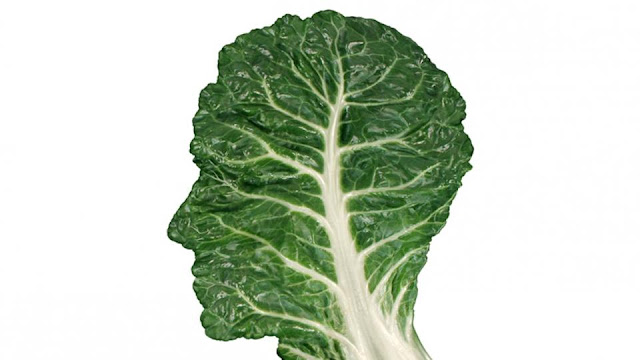 Spinach and kale are two of the 'supergreens'—along with avocados and eggs—that have high levels of lutein, a nutrient that helps maintain brain health.
A study of 60 adults aged between 25 and 45 found that the middle-aged participants who were eating leafy green vegetables most days had neural responses that were on a par with the 25-year-olds.
Although cognitive decline is seen as a problem of old age, researchers from the University of Illinois say the process can begin in middle-age, and even in someone in their 30s. The fact that the older volunteers eating the vegetables weren't showing any decline in cognitive ability suggests they were less likely to suffer from dementia in old age.
In a separate study, researchers found that green tea could also slow—or even prevent—cognitive decline. The tea contains EGCG (epigallocatechin-3-gallate), a compound that fights insulin resistance, a precursor of diabetes, and dementia.
"The ancient habit of drinking green tea may be a more acceptable alternative to medicine when it comes to combatting obesity, insulin resistance, and memory impairment," said researcher Xuebo Liu from the Northwest A&F University in Yangling, China.
https://wddty.com/news/2017/08/eating-spinach-and-drinking-green-tea-reduces-your-dementia-risk.html?utm_source=Boomtrain&utm_medium=email&utm_campaign=enews_07082017&bt_ee=xtBxXi6T2ESZnEjXlWY5b13JJk1phwkohSzNE0CZGvj/RnYqCkYJIvY6yhYFEBCl&bt_ts=1502104267934

Click Here For More Articles
Don't forget to optin to Our Healthy Living Society, for the latest information on health, well-being and groundbreaking news about natural nutrition.
Posted by Ankh Rah Healthy Living Blog at 14:02