Can Deep-Frying Vegetables Make Them Even Healthier? 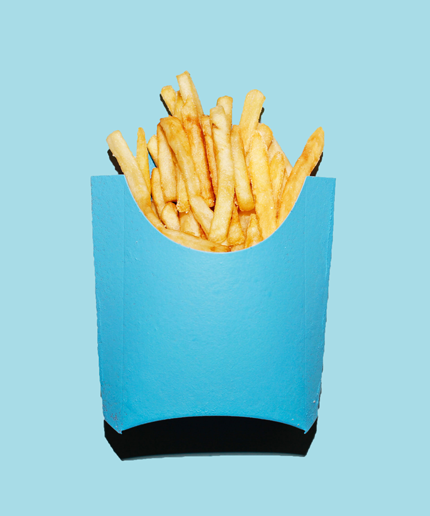 basically the worst for you. But, as with many nutrition rules, there are actually several shades of gray (or golden brown) here. According to a recent study, there may be at least one health benefit to deep-frying your veggies — as long as you use extra-virgin olive oil, reports Popular Science.

For the study, which was published last month in Food Chemistry, the researchers put four foods to the test. Potatoes, tomatoes, eggplants, and pumpkins were all boiled in water, or deep-fried, or sautéed in EVOO, which is a source of "healthy" monounsaturated fat that's been linked to lower cholesterol levels and other health benefits.

The researchers found that the veggies' fat content increased when they had been deep-fried and sautéed, but that they also had higher levels of antioxidant phenols. This is primarily because, during cooking, the veggies absorb some of the antioxidants already in the olive oil — along with some of the fat. In contrast, the foods boiled in water had about the same amount of phenols as when they were raw, but had much less fat than their oily counterparts.

Though we'd all love to hear that deep-fried anything is actually great for you, the question is, do those extra antioxidants leached from the oil really make the veggies healthier?
That depends on how you look at it. "Heating olive oil to [frying] temperature can compromise olive oil’s color pigments that have antioxidant and anti-inflammatory health benefits. Anywhere from 5 to 15% of the phytonutrients in olive oil can be lost with heating, even when below the smoke point," explains Libby Mills, RD, who was not involved with the study. This means that "slightly enhancing the phenol content in the vegetables is a trade-off of some of the natural health benefits of olive oil itself."

Plus, you've probably heard that antioxidants are basically nutritional magic; people love to tout them as cancer-fighting, anti-aging silver bullets. But it's good to know that the real story is far more complicated, with some studies suggesting overdoing it on certain types may actually exacerbate diseases or make them more likely to develop.

The bottom line is that french fries are not going to prevent cancer (groundbreaking, we know). If you're really that concerned about the antioxidant phenols in your life, the best way to get the most nutrition out of your vegetables is to steam them and then drizzle some EVOO on top, Mills says. But hey, if you want to chow down on some deep-fried anything now and again, don't feel bad about it — french fries are delicious with or without that extra antioxidant punch, after all.