Phenols in extra virgin olive oil exert antioxidant and anti-inflammatory effects on the brain that scavenge pesticide induced free radicals that contribute to neurological disorders such as Alzheimer’s and Parkinson’s. 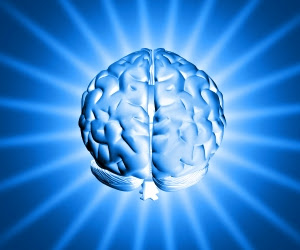 One of the major contributing factors to neurological disorders such as Alzheimer’s and Parkinson’s is oxidative stress.
A recent study on rats, published in Journal of Food Science and Technology, (Jan. 5, 2016), suggests that high amounts of polyunsaturated fats (PUFA) in the body create substrates that are easily oxidized, increasing the rate of reactive oxygen species (ROS). This, combined with low levels of antioxidant enzymes and high oxygen use in the central nervous system, leads to more oxidative damage that is thought to play a key role in such diseases.
Since the 1940s an herbicide known as 2,4-Dichlorophenoxyacetic acid (2,4-D), has been widely used in agriculture and forestry industries, which humans and animals are frequently exposed to through “contaminated air, drinking water, soil and foodstuff or during production of the herbicide.” 2,4-D has been shown to have neurotoxic effects due to the generation of free radicals.
The study suggests that the biological actions of phenols in extra virgin olive oil (EVOO) exert antioxidant and anti-inflammatory effects on the brain, with the ability to scavenge ROS. These phenols have been shown in various studies to have neuroprotective effects against, not only Alzheimer’s and Parkinson’s, but cerebral ischemia, spinal cord injury, Huntington’s disease and peripheral neuropathy.
The aim of this rat study in particular, was to establish if EVOO had effects on 2,4-D induced oxidative stress. Using rat brain slices, the researchers had three different groups, extra virgin olive oil (EVOO), olive oil extracting the hydrophilic fractions (OOHF) and olive oil extracting the lipophilic fractions (OOLF). They tested lipid peroxidation and antioxidant defence systems with a particular focus on brain lipid profile and fatty acid composition.
After 4 weeks of exposure to 2,4-D treatment, the brain weight of the rats decreased along with AChE activities – an indicator of cell membrane damage. The brains also displayed a decrease in membrane PUFA contents. Both the EVOO and OOLF groups presented with the same fatty acid composition, 17 percent saturated fatty acids, 65 percent monounsaturated, 15 percent PUFA. The changes induced to the brain via pesticide exposure were all counteracted with the addition of EVOO or it’s fractions, restoring brain weight and stimulating AChE activity.
In addition, supplementing with the EVOO also restored antioxidant enzyme activities and lipid peroxidation to normal levels. The PUFA levels were also restored to normal, especially DHA levels, providing an observable neuroprotective effect of EVOO. ROS reduced in the brain also.
The study suggests that the beneficial effects of EVOO are due to its high antioxidant substances and monounsaturated fatty acids.
Though this is only a study in rats, early data suggests that EVOO could be a natural protective agent against acute 2,4-D neurotoxicity exposure. And while more research is needed, the authors suggest EVOO could be a therapeutic strategy to protect against, not only 2,4-D exposure, but other types of pesticide exposure that contribute to neurological disorders such as Alzheimer’s and Parkinson’s and increased oxidative stress.