After brush with drugs, fitness buff, 49, guns for para-powerlifting success! 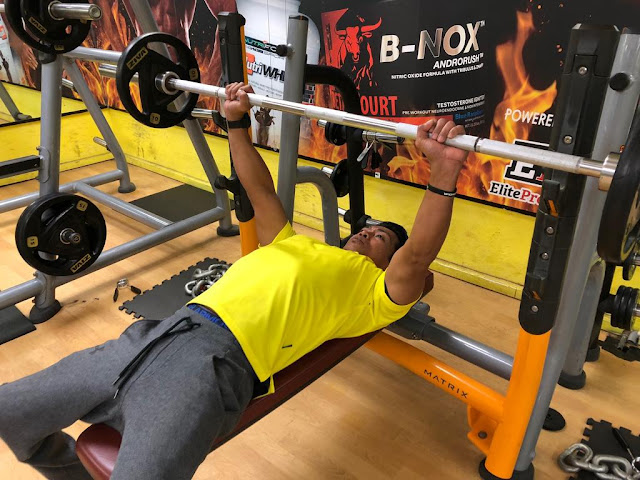 Struggling with low self-esteem as a result of being born with polio, Mr. Mohamad Ashree Mokri turned to drugs and bad company in his mid-20s. That landed him in jail twice, for a total of nearly a decade.
Having turned over a new leaf, the 49-year-old has since set his sights on a serious sporting goal after stumbling on para powerlifting about two years ago.
The fitness fanatic is training hard to qualify for a spot on the Singapore para powerlifting team, and hopes to represent the country in competitions such as the Commonwealth Games in Australia next year.
Presently a gym supervisor on the Singapore Institute of Management campus in Clementi, Mr. Ashree is also training his sights on becoming a full-fledged fitness trainer.

“When you do something that you can see the results of, you feel more satisfied. And you feel that you are releasing all your stress and you forget all your problems,” the well-built and soft-spokenMr Ashree told TODAY in an interview last month.He received S$2,000 in October from the TODAY Enable Fund — set up to help the special-needs community — to finance courses in basic sports science and fitness training at Republic Polytechnic’s Academy for Continuing Education.
Recounting his brushes with the law, he said he was arrested in 1999 for using heroin and subsequently sentenced to seven-and-a-half years in prison. Offenders then were generally released after serving two-thirds of their sentence, with no conditions.
But within a year of his release in 2004, he returned to drugs because of problems at home and was caught again. He was ordered to serve another seven years in jail.
“I felt so tired,” Mr. Ashree said of his second time in prison.
He added: “I thought to myself that I couldn’t be like this all the way, so I tried to change and stay away from (drugs). I wanted to make something out of my life. I wanted to achieve something.”
Three months before he was set free in 2012, he took up a food-and-beverage attendant course in prison. He worked at a restaurant for more than a year before being employed by a series of gyms where he helped out with physical training sessions for members.
His interest in para powerlifting was piqued after he chanced on the sport at the Association of South-east Asian Nations Para Games in Singapore in 2015.
Later, through a para-athlete friend, he was recommended to the Singapore Disability Sports Council.
Presently able to lift weights up to 92kg, Mr. Ashree is working towards his goal of being able to lift between 110kg and 120kg by the middle of next year.
To qualify for the Para Games, for instance, athletes must be able to lift weights of more than 120kg.
Even if he fails to make the cut for the competitions next year, Mr. Ashree will soldier on.
“I’ll still press on. That’s my passion. If I can’t be an athlete, I can still do something with that powerlifting experience that I gained,” he said.
http://www.todayonline.com/singapore/after-brush-drugs-fitness-buff-49-guns-para-powerlifting-success
Click Here For More Articles

Don't forget to opt-in to Our Healthy Living Society and get 3 free gifts while receiving the latest information on health, well-being and groundbreaking news about natural nutrition.
Posted by Ankh Rah Healthy Living Blog at 10:30