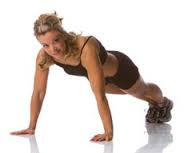 A groundbreaking new study from Boston University School of Medicine (BUSM) used state-of-the-art fMRI brain imaging technology to reaffirm the timeless wisdom held in the Latin phrase mens sana in corpore sano (a healthy mind in a healthy body).
The pioneering BUSM study found that older adults who score high on cardiorespiratory fitness tests (healthy body) display more brain activity while learning (healthy mind) and perform better on memory tests than their less physically fit counterparts. The January 2017 findings were published in the journal Cortex.
These findings add to a groundswell of cutting-edge research that confirms the bidirectional feedback loop of physical health and mental health summed up in the classic phrase "a sound mind in a sound body." The latest empirical evidence uses 21st-century technology to show that the well-being of your body and mind is intertwined like a Möbius strip.


Making an Effort to Stay Physically Fit Keeps Your Brain in Good Shape, Too

For their latest study, the BUSM researchers tested the fitness levels of a group of healthy young (18-31 years) participants and a group of older adults (55-74 years) as they walked or jogged on a treadmill. More specifically, the researchers assessed participants' VO2 which is the ratio of inhaled then exhaled oxygen and carbon dioxide during various intensities of aerobic exertion. VO2 is commonly used to measure cardiorespiratory fitness (CRF) in an exercise laboratory.
The researchers believe this is a first-of-its-kind study to identify that older adults who score high on a CRF tests also perform better on memory tasks when compared to older adults with low cardiorespiratory fitness. 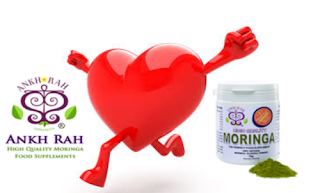 Notably, the relationship between physical fitness and memory fitness seemed to be dose dependent as reflected in a continuum. (i.e., The more fit older adults were, the more active their brain was during learning.) Additionally, higher levels of physical fitness were associated with reductions in age differences observed for older adults in specific brain regions in comparison to younger study participants using fMRI neuroimaging.
In general, older adults tend to exhibit age-related alterations in fMRI activity during associative learning when compared to younger adults. However, the fMRI data from this study shows that older adults with higher peak VO2 max were positively correlated with fMRI activity during associative learning in multiple brain regions. These brain regions included the bilateral prefrontal cortex, medial frontal cortex, bilateral thalamus, and left hippocampus.
The increased brain activation during learning tasks also suggests that cardiorespiratory fitness has neuroprotective benefits that contribute to brain maintenance and robustness as we age.


Maintaining Cardiorespiratory Fitness Has Neuroprotective Benefits As You Age

article continues after advertisement
Difficulty learning and remembering new information is one of the most common complaints of aging. Decreased memory performance is also one of the hallmark impairments of Alzheimer's disease and other forms of dementia.
The new findings from BUSM corroborate findings on the neuroprotective benefits of exercise from the University of California, Los Angeles (UCLA) published last year.
The August 2016 UCLA study, “Physical Activity, Brain Volume, and Dementia Risk: The Framingham Study,” was published in the Journals of Gerontology Series A: Biological Sciences and Medical Sciences.
For this study, researchers at UCLA used data from the landmark Framingham Heart Study to assess how regular physical activity affected brain size of older adults and influenced someone's risk of developing dementia.
The UCLA researchers found a strong correlation between low levels of physical activity and a higher risk of dementia in older individuals who were chronically sedentary. These findings suggest that regular physical activity for older adults leads to higher brain volumes and a reduced risk of developing dementia. 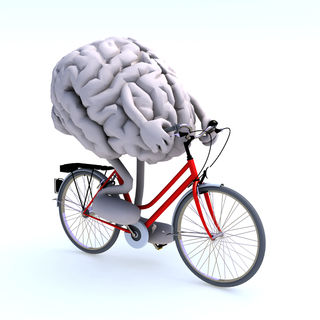 Source: Fabio Berti/Shutterstock
In particular, the UCLA researchers found that regular physical activity increased the size of the hippocampus, which is a part of the brain strongly linked to learning and memory. The neuroprotective effects of physical activity against dementia were strongest in people age 75 and older, according to this study.
Interestingly, the BUSM researchers found that older adults who were physically fit displayed greater activation in certain brain areas than some of the younger adults who were out of shape. This suggests that cardiorespiratory fitness may also serve a compensatory role in age-related memory and brain decline. In the abstract of their new study, the BUSM researchers state,


The researchers conclude that CRF is not only important for physical health, but is also associated with brain function and memory performance. In a statement to BUSM, corresponding author Scott Hayes, assistant professor of psychiatry at Boston University School of Medicine and the Associate Director of the Neuroimaging Research for Veterans Center at the VA Boston Healthcare System said,


"Importantly, CRF is a modifiable health factor that can be improved through regular engagement in moderate to vigorous sustained physical activity such as walking, jogging, swimming, or dancing. Therefore, starting an exercise program, regardless of one's age, can not only contribute to the more obvious physical health factors, but may also contribute to memory performance and brain function.”


There is one important caveat. The researchers caution that maintaining high levels of cardiorespiratory fitness through moderate-to-vigorous physical activity (MVPA) is not a cure-all that will entirely eliminate someone’s risk for Alzheimer's disease, dementia, or other types of cognitive decline. That being said, staying physically fit throughout your lifespan may slow down various types of cognitive decline as you age.
Future studies at BUSM will continue to follow each individual's fitness and physical activity levels, memory, and brain function using advanced neuroimaging techniques as original study participants get older. Stay tuned for updates on these findings.