Olive oil is one the most widely used oils around the world, and said to be one of the healthiest. It is also, unfortunately, one of the most susceptible to fraud.
An investigation into the quality of olive oil revealed that seven of the major olive oil brands in the U.S. have been diluting their oil with cheaper alternatives like sunflower or canola to increase profits — at the cost of our health.

These lower quality vegetable oils can cause a number of adverse health effects and can often be genetically modified or pesticide laden.
Olive oil is a wonderful, healthy food and can be used effectively as a natural beauty product for skin and hair.  It contains healthy fats, tastes great, and works in a variety of recipes. But, it is also big business. A few cases have shed light on the sophisticated international ring of criminality that currently plagues the industry.

For example, in 2008 over 400 Italian police officers participated in a major sting referred to as  “Operation Golden Oil.” They seized 85 oil farms that were adding chlorophyll to sunflower and canola oil and selling it as ‘extra virgin olive oil.’ The oil was mixed, perfumed, coloured, and then flavoured before being sold to the producer as extra virgin.
After this case, Australia took a much closer took into its olive oil producers and found that none of their products were pure. They did not issue any certificates that year. This and other olive oil scams prompted the University of California to carry out studies on 124 imported brands of extra virgin olive oil. Sadly, they found that over 70% of the samples failed the test. Some of these brands I have no doubt you will recognize.

One way to protect yourself from buying ‘fake’ olive oil is to avoid ‘light’ olive oil. Californian, Australian, and Spanish oils seem to be less tampered with than Italian oils, but if you find one with the International Olive Oil Council certification, it’s probably a safe bet. Do your own research as well. Find a reputable company or source and buy small bottles from them.
Fortunately, there is an easy way to test the purity of your olive oil at home. Simply put your bottle in the fridge for about 30 minutes and then check if the oil is starting to solidify. If it does, that’s a good sign that the oil you purchased contains exactly what it should, which is monounsaturated fat. Should the oil remain liquid, you can be reasonably sure it has been cut with cheaper oils. This test isn’t perfect, but it’s a good place to start if you are unsure about the quality of your oil.

As someone who uses olive oil regularly and knows what a staple it is in many people’s kitchens, this news horrifies me. I really hope that raising awareness of this corruption will force food manufacturers into more honest and ethical business practices.
We deserve to know what we’re buying and to trust that labels are presenting an honest picture. Not only are they taking our dollars under false pretences, they are also putting our health at risk. Who knows what chemicals are being used to make cheap oils look like olive oil, or how those chemicals will impact us? 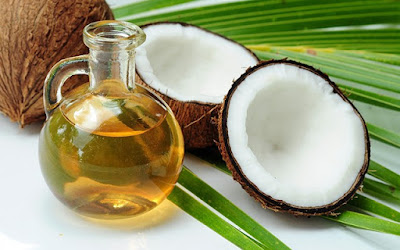 Brands That Failed the Test:

Brands That Passed the Test:

To begin with, you could start by cutting back on your use of oils in general. But even then, you’ll want to avoid the oils listed above. There are also certain types of cookware you can buy that require no oil, and often you can just use water to sauté vegetables. But there will still be times when you need to use oil, and in those instances, try some of these healthier alternatives.
Coconut oil is great to cook with. It has a high smoke point and does not turn rancid while cooking like many other popular cooking oils. If you fear that all of your food will taste like coconut, you can always get expeller-pressed coconut oil, which has no taste or smell. Coconut oil is solid at room temperature so can be a great spread for toast, muffins, or other savoury items as well.
It’s also important to note, olive oil is somewhat controversial when it comes to cooking. Many claim it should only be eaten raw in cold-pressed form, but there are even more people, particularly from the Mediterranean, who have been cooking with it for centuries. What’s the reason for the doubt?
Evidence has shown that olive oil has a very low smoke point, which means the oil does go rancid when heated past a certain point. This is said to be bad for health, although not everyone agrees on this fact. Definitely something to research for yourself to see what resonates with you.
So remember, if you aren’t careful to check the labels in store, you could end up with a bottle of canola oil that has a splash of olive oil in it. To be safe, consume this oil as salad dressing and as a drizzle after your food has cooked.