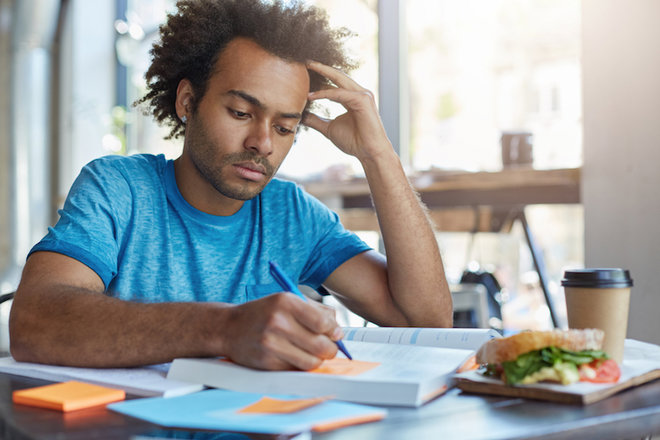 Couch Potato Nation: Nearly half of Americans sit for far too many hours a day and don't get any exercise at all, a new study finds.
A survey of some 5,900 adults found that nearly 26 percent sit for more than eight hours a day, 45 percent don't get any moderate or vigorous exercise during the week, and about 11 percent sit more than eight hours a day and are physically inactive.
"Being sedentary increases the risk for heart disease, high blood pressure and dying early," said lead author Emily Ussery. She is an epidemiologist at the National Center for Chronic Disease Prevention and Health Promotion, part of the U.S. Centers for Disease Control and Prevention.
Ussery pointed out that sitting may not be bad in itself, but is a proxy for not getting enough exercise.
Study co-author Peter Katzmarzyk added, "In recent years, we have begun to understand the health hazards of excessive sitting."
Although all the reasons why prolonged sitting is unhealthy aren't known, Katzmarzyk speculates that "when people sit, they deactivate the large muscles in their legs, and this has a host of metabolic consequences that seem to be harmful."
More and better efforts are needed to get people moving, said Katzmarzyk, who is associate executive director of population and public health sciences at the Pennington Biomedical Research Center in Baton Rouge, La. "Programs that increase physical activity and reduce sitting might be especially effective at reducing health risks," he noted.
Another health expert agreed.
"The three leading causes of premature death in the United States over the past quarter-century and more are tobacco use, poor diet and lack of physical activity," said Dr. David Katz, director of the Yale University Yale-Griffin Prevention Research Center.
As smoking has declined, poor diet and lack of exercise are becoming the leading causes of early death and chronic disease, he explained.
Many people sit much of the day, and many do little actual exercise. "One in 10 miss out on the benefits of both exercise and intermittent daily motion," Katz said.
Simply standing up, moving more and sitting less can be beneficial to your health, he noted.
"With a growing menu of options, from standing and treadmill desks, to walking meetings, to chairs that involve constant motion -- it's a step nearly all should be able to find a way to take," Katz said.
The new edition of the U.S. Physical Activity Guidelines for Americans says that any amount of physical activity -- even two minutes' worth -- can add up to huge health benefits.
When the new guidelines were released recently, Adm. Brett Giroir, assistant secretary for health at the U.S. Department of Health and Human Services, said, "Physical activity is about finding opportunities to add movement throughout the day as part of a bigger commitment to healthy living."
Being inactive causes 10 percent of early deaths in the United States, according to Giroir. If 25 percent of inactive people got at least the recommended 150 minutes of moderate exercise a week, nearly 75,000 premature deaths could be prevented.
According to the new guidelines:

Don't forget to opt-in to Our Healthy Living Society and get 3 free gifts while receiving the latest information on health, well-being and groundbreaking news about natural nutrition.
Posted by Ankh Rah Healthy Living Blog at 14:28