CBD: in every cancer clinic soon? 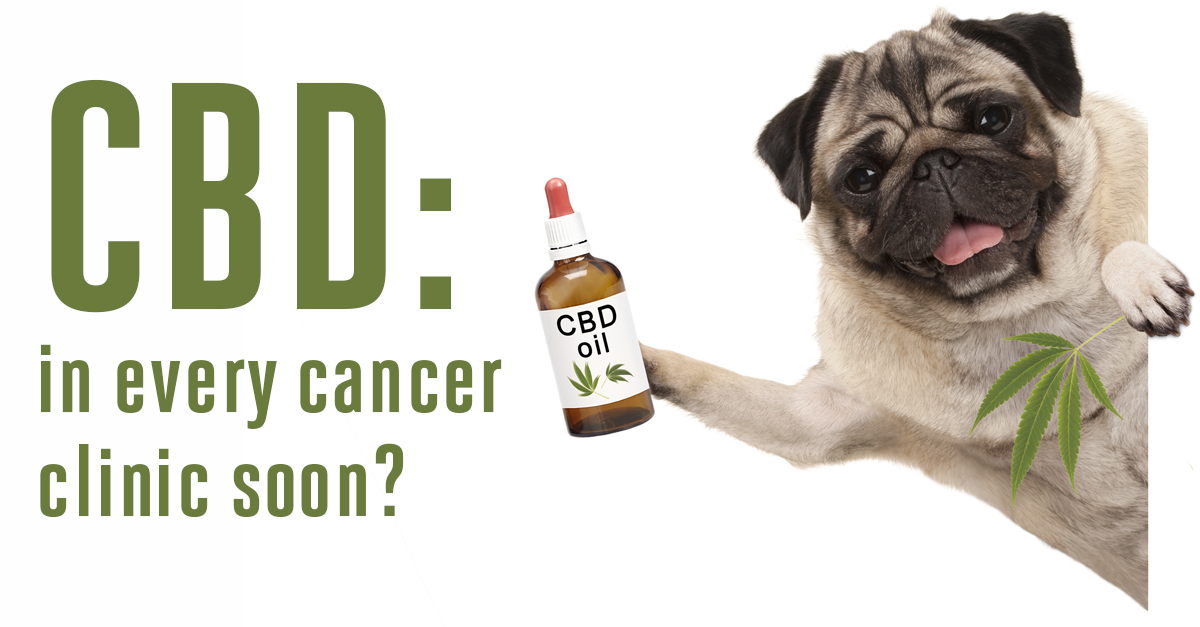 If the treatment of epilepsy put CBD (cannabidiol) oil on the map, cancer could put it into the mainstream. In fact, some researchers are enthusing that it could be in use in cancer clinics “almost immediately.”

CBD is an extract from cannabis and hemp that has therapeutic qualities but doesn’t make you high. That’s achieved by another component of the plant, THC (tetrahydrocannabinol).

As those who read the first part of our CBD letter from a few weeks back will know, CBD has been proven to help heal fractures quicker, treat epileptic fits, reduce pain and inflammation, and could even help with intractable conditions such as Crohn’s disease and Alzheimer’s.

Despite the difficulties in getting hold of sufficient supplies of CBD—only those that contain 0.2 per cent THC are permitted to be sold—it’s become “a Disneyland for pharmacologists,” said Francisco Guimaraes, a pharmacologist at the University of Sao Paolo in Brazil.

And their attention has started to focus on cancer, and especially the intractable cancers to which medicine seems to have few answers.

Cancer
CBD is tripling the survival rate for pancreatic cancer, which is considered virtually untreatable. Chemotherapy achieves a five-year survival rate in just 7 per cent of patients—but when CBD is added, the rate trebles. Although researchers from Queen Mary University in London have tested it only on laboratory mice, a similar effect in humans could see CBD “in use in cancer clinics almost immediately,” said lead researcher Marco Falasca. 1

It also seems to super-charge the effectiveness of radiotherapy. Interestingly, both CBD and THC components of cannabis were tested on brain cancer patients while they were also being given radiotherapy—and the combination ‘drastically’ slowed tumour growth. In fact, the tumours started to shrink, say researchers from St George’s at the University of London. Conventional medicine has few answers to brain cancer, which has a five-year survival rate of just 10 per cent—and so the discovery could be a major breakthrough, especially for those with advanced brain cancer. 2

It even stops the growth of aggressive, and life-threatening, breast cancer, and seems to be especially effective in cases of triple-negative breast cancers. It appears to interrupt the cells’ signalling abilities, thus preventing them from spreading. 5
CBD spray is an effective pain-reliever for patients with advanced and end-stage cancer. In one test on 43 cancer patients, researchers from a hospice in Shropshire, UK discovered the spray reduced pain, and also helped the patients’ insomnia and fatigue. 6

CBD also slows the growth of colon cancer cells. Interestingly, the CBD didn’t affect healthy cells, say researchers from the University of Aberdeen. It seems to activate CB1 and CB2 receptors in our body and immune system that help slow the spread of the cancer. 7

Other researchers have discovered that CBD helps with a range of psychiatric conditions:

Anxiety disorders
There’s ‘strong evidence’ that CBD is an effective therapy for a range of mental health issues, including anxiety disorders, panic disorders, social anxiety, obsessive-compulsive disorder (OCD), and post-traumatic stress disorder. However, the research has restricted itself to assessing CBD as a short-term remedy, but there’s been very little research into its long-term use for chronic problems. 8

Depression
CBD also has anti-depressant qualities. A major study that involved around 12,000 participants has found that cannabis seems to be effective against depression, anxiety and stress. Most studies have looked only at CBD extracts, and so researchers from Washington State University wanted to see what effect smoking the entire cannabis leaf—with varying levels of CBD and THC—had on people. Not surprisingly, the researchers found that the cannabis that was high in CBD and low in THC was optimal for reducing depression. Taking two puffs was sufficient for reducing levels of anxiety, ad 10 puffs produced the largest reduction in stress. Women seemed to respond best, especially when it came to reducing levels of anxiety. 9

Researchers who took a look at research on laboratory animals found CBD on its own had a similar positive effect, especially on anxiety and depression. 10

CBD can even reverse some of the worst effects of THC. It can work on its own to counter THC’s psychiatric effects but any variety that has a higher ratio of CBD could also have fewer harmful effects, say researchers from Indiana University. Adolescents who are smoking cannabis, with high THC content, run a risk of suffering from behavioural problems later in life if they take it for a long time. They are also more likely to have psychiatric problems such as schizophrenia. The problem is that analysis of cannabis seized by the US Drug Enforcement Agency has found that THC levels have risen by 300 per cent and CBD declined by 60 per cent between 1995 and 2014. In an experiment on laboratory mice, the researchers fed them various levels of THC and CBD, and discovered that those fed the most THC , with little or no CBD, suffered memory problems and started displaying obsessive-compulsive disorder (OCD) behaviour. 11

Do lookout for Ankh Rah pioneering again with CBD.

Don't forget to opt-in to Our Healthy Living Society and get 3 free gifts while receiving the latest information on health, well-being and groundbreaking news about natural nutrition.
Posted by Ankh Rah Healthy Living Blog at 12:08