Antioxidants Will Not Stop You From Dying!

When you hear something is chock-full of antioxidants, the mental conclusion is often: That’s it—that’s the elixir of life, I have to eat a lot of that. But why do we all assume that loading up on anti-oxidants will somehow be the key to infinite youth?

This week, news outlets reported on a new study claiming that mushrooms can help fight aging. As you may be aware, the only true way to stop aging is death. But no one ate any mushrooms for this study—instead, the researchers were talking about the much-hyped antioxidant molecule. 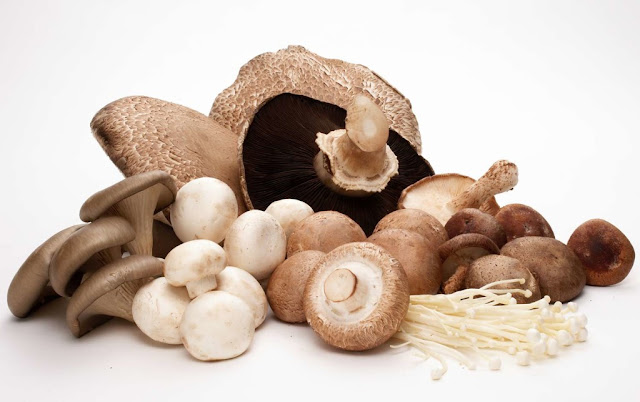 But first, let’s discuss the study. The researchers merely measured the levels of two molecules, like glutathione and ergothioneine, and found that certain mushrooms had more of those molecules than others. There wasn’t a clinical trial, a survey of people’s longevity after consuming said mushrooms—it was solely a chemical analysis.
Glutathione and ergothioneine happen to fall into the class of antioxidant molecules, however—which meant that news outlets were eager to call mushrooms anti-aging elixirs. But antioxidants aren’t something that really needs to be shouted about.
First, what are they? Your body produces certain electron-stealing molecules called free radicals that can potentially damage DNA and cells. It uses antioxidants to protect against the effects of these free radicals—“antioxidant” literally means “doesn’t oxidize,” where oxidizing is the chemistry word for losing electrons. There are hundreds of different kinds of antioxidants, according to a Harvard tip sheet.
Clinical trials testing the benefits of single antioxidant molecules like Vitamin E and others have produced mixed results. They seem to help against macular degeneration but there’s not conclusive evidence demonstrating their benefits for warding off heart disease, strokes, or cancer.


That’s not to say antioxidants are bad—it just doesn’t really matter if mushrooms have more of two specific antioxidants. Instead, it’s better to focus on the molecules in their natural habitat as part of a balanced diet with lots of fruits, vegetables, and even mushrooms. Because eating more mushrooms to ward off aging is shit advice.
http://gearsofbiz.com/antioxidants-will-not-stop-you-from-dying/216307

Don't forget to opt-in to Our Healthy Living Society and get 3 free gifts while receiving the latest information on health, well-being and groundbreaking news about natural nutrition.
Posted by Ankh Rah Healthy Living Blog at 09:44