Here’s why walnuts are a superfood that’ll keep heart disease, dementia & cancer away! 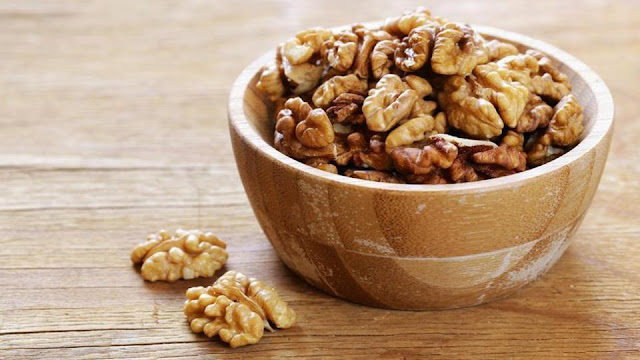 Eating a diet rich in walnuts may help prevent several diseases prevalent in India such as cardiovascular disorders, cancer and diabetes, according to experts.
Researchers and medical professionals from the field of nutrition, cardiovascular, cognition, Alzheimer's and diabetes held a scientific meet in New Delhi recently to discuss the state of health in India, dietary patterns, chronic health conditions and how to promote healthy lifestyles.
The day-long Scientific and Health Research Meeting hosted by the California Walnut Commission (CWC) discussed the role of walnuts in disease prevention and maintenance of a healthy lifestyle.
Several research findings have shown positive outcomes of walnuts in health issues such as cardiovascular disease, cancer, diseases of aging and diabetes.

‘Walnuts in the diet may improve cognitive function in normal individuals, and reduce the risk or delay the onset or progression of mild cognitive impairment and dementia in Alzheimer’s disease.’

According to Dr. Rekha Sharma, former chief dietician, All India Institute of Medical Sciences (AIIMS), New Delhi, metabolic syndrome combined with physical inactivity and under nutrition coexists in India, as a double burden on health.
Obesity, hypertension, diabetes and coronary artery disease are like a rising inferno in India, particularly in urban areas and on the other side of the spectrum we have under nutrition, especially in children, she said.
Sharma quoted a Lancet study which found that India is the third most obese country in the world after US and China. “Indian population should increase consumption of fruits and vegetables, legumes, whole grains and nuts in a daily diet,” said Sharma.
“All nuts are rich source of monounsaturated fatty acids (MUFA) and walnuts in addition also contain high amounts of omega-3 fatty acid, making it heart healthy,” she said.
Researchers said that the incidence of dementia in India has seen an increase of over 10% from its 2010 estimates of 3.7 million to 4.1 million. The present cost of care has also increased from 14,700 crore rupees to around 16,300 crores, they said.
The event saw the presence of several international researchers who talked about their area of study on walnuts.
“Walnuts are the only tree nut to contain a significant amount of the plant-based omega-3, alpha-linolenic acid, required by the human body,” said Dr. H K Chopra, who chaired the meeting. “A handful of walnuts also offers four grams of protein, two grams of fibre, and is a good source of magnesium,” said Chopra.
“With a variety of nutrients and a flavour profile that pairs well with an array of seasonal foods, they are an ideal ingredient any time of the year,” he said. The CWC has been actively highlighting walnuts to Indian consumers through marketing activities that promote walnuts of California origin, quality, taste and positive health benefits.
These health benefits have been demonstrated through over 180 research papers published since early 1990’s when the commission actively began assessing the role of walnuts in diet and effect on chronic disease prevention.


“This Scientific and Health Research Meeting was an exceptional platform to discuss the state of health in India, dietary patterns, chronic health conditions and promotion of healthy lifestyles,” said Michelle McNeil Connelly, CEO of the CWC.
“We hope that this meeting provides an opportunity to maintain a network of researchers and medical professionals who may contribute to walnut-specific health research in India,” Connelly said.
http://www.hindustantimes.com/fitness

Don't forget to opt-in to Our Healthy Living Society and get 3 free gifts while receiving the latest information on health, well-being and groundbreaking news about natural nutrition.
Posted by Ankh Rah Healthy Living Blog at 08:26