Does a sea of viruses inside our body help keep us healthy? 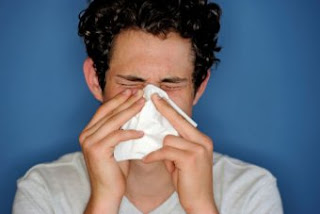 A century after they were discovered killing bacteria in the feces of World War I soldiers, the viruses are known as bacteriophages, or simply phages, are drawing new attention for the role they might play within the human body. Phages have been found almost everywhere, from oceans to soils. Now, a study suggests that people absorb up to 30 billion phages every day through their intestines.
Though where the viruses end up is unclear, those data and other recent studies have scientists wondering whether a sea of phages within the body—a “phageome”—might influence our physiology, perhaps by regulating our immune systems. “Basic biology teaching says that phages don’t interact with eukaryotic cells,” says phage researcher Jeremy Barr of Monash University in Melbourne, Australia, who led the study published this week in mBio. He’s now convinced “that’s complete BS.”
For decades, most medical research on phages focused on turning these bacterial parasites into antibiotics. There have been some compelling success stories, but phage therapy has struggled to become a dependable treatment.
Yet Barr’s earlier research showed that phages might naturally help protect us from pathogens. Studying animals ranging from corals to humans, he found that phages are more than four times as abundant in mucus layers, like the ones that protect our gums and gut, as they are in the adjacent environment. The protein shell of a phage, it turned out, can bind mucins, large secreted molecules that together with water makeup mucus.
This works out well for both phages and mucus making animals. Sticking to mucus enables the phages to encounter more of their bacterial prey. And as a result, Barr showed in a series of in vitro studies, the viruses protect the underlying cells from potential bacterial pathogens, providing an additional layer of immunity.
Now, he has found evidence that these viruses can make their way from the gut’s mucus into the body. In a lab dish, his team showed that human epithelial cells such as those that line our guts, lungs, and the capillaries surrounding the brain take up phages and transport them across their interior. The transport mechanism remains unknown, but the researchers spotted the viruses enclosed in vesicles within the cells.
What’s more, the cells consistently took up phages on the side that in the body faces outward, for example toward the gut lumen, and released them on the opposite, inward-facing side. From the rate at which the epithelial cells took up phages in the lab, the researchers estimated that a person might absorb up to 30 billion in a day.
The new study “nicely” shows how phages might get into the body, says molecular biologist Krystyna Da˛browska of the Polish Academy of Sciences' Institute of Immunology and Experimental Therapy in Wrocław. But she cautions that a lab dish is different from the gut of a living animal, and some of the cells used for Barr’s assays are cancer cells, which might have different rates of phage uptake compared with normal cells.
If phages do get into our tissues, what—if anything—do they do there? Only a few studies address the issue. In 2004, researchers led by Da˛browska reported that a specific type of phage can bind the membrane of cancer cells, reducing tumor growth and spread in mice. A few years later, Da˛browska’s graduate adviser, phage expert Andrzej Gorski, showed that phages can affect the mouse immune system when injected, ramping down T-cell proliferation and antibody production. In mice, they can even prevent the immune system from attacking transplanted tissues.
Barr thinks that in humans, a steady influx of the viruses creates an “intrabody phageome,” which may modulate immune responses. Work published this year by a team of Belgium-based researchers may back up this idea: When white blood cells taken from healthy people were exposed to five different phage species, the cells produced mainly immune molecules known to reduce flu-like symptoms and inflammation. And in another hint of an immune link, a group led by immunologist Herbert Virgin at Washington University School of Medicine in St. Louis in Missouri found that people with two autoimmune conditions, type 1 diabetes and inflammatory bowel disease, have altered gut phageomes.
Virgin cautions that his findings are only associations. But Barr goes on to speculate that the phageome might also alert the immune system to the presence of potential pathogens. A bacterial infection would bring a wave of new phages into the body—the parasites of the invading bacteria—which might somehow touch off an inflammatory response that could target the bacteria.
Once scientists understand the role of the human phageome, they could start thinking about using phages to manipulate the bacterial communities within our body and maybe even control our own cells, Barr says. But he, too, is cautious, noting that “phage biology is an inch wide and a mile deep.” Given our current ignorance of phageeukaryote interactions, says Barr, medical uses “are probably decades away.” 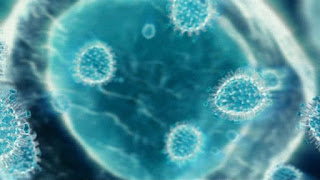 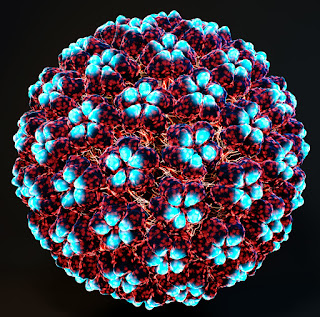 Don't forget to opt-in to Our Healthy Living Society and get 3 free gifts while receiving the latest information on health, well-being and groundbreaking news about natural nutrition.
Posted by Ankh Rah Healthy Living Blog at 16:49