Housework might not be healthy for you, study reveals! 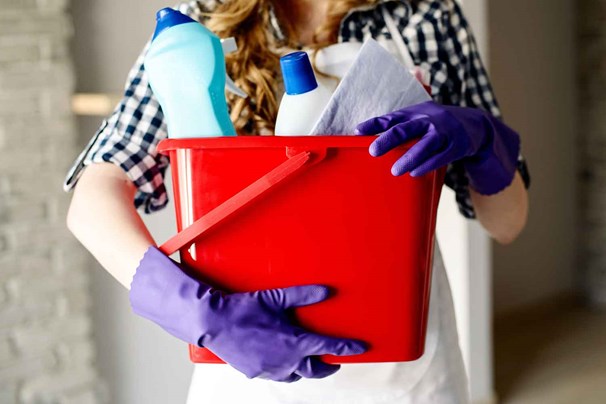 In news that probably won't shock you, a recent study has revealed housework might not be healthy for you - especially for elderly women.
German researchers at the Leibniz Institute for Prevention Research and Epidemiology found women who spend long hours doing housework combined with a lack of sleep reported poorer health.
The study, published in the journal BMC Public Health, involved self-reported data from 15,333 men and 20,907 women aged 65 years and over from Germany, Italy, Spain, UK, France, the Netherlands and the US.
Participants reported on their daily activities, including housework as well as the amount of time they spent sleeping and how they felt about their health.
The study found elderly women, on average, spent almost five hours a day doing housework compared to around three hours a day for elderly men.
Author of the study, Nicholas Adjei (Doctoral Researcher in Public Health), said: "Engaging in a few hours of housework may be beneficial to the health of older adults. However, we were surprised to see significant gender differences when looking at the combination of time spent on housework activities and time spent sleeping.
"Long periods of housework combined with too much or too little sleep – that is fewer than seven or more than eight hours of sleep, respectively – was associated with poor health among elderly women, whereas in men the same was associated with good health.”
While this kind of study cannot show cause and effect, the researchers say it is important to understand the impact certain tasks have on adults and their health later in life.
https://www.bhg.com.au/more-housework-poor-health-elderly

Don't forget to opt-in to Our Healthy Living Society and get 3 free gifts while receiving the latest information on health, well-being and groundbreaking news about natural nutrition.
Posted by Ankh Rah Healthy Living Blog at 10:46