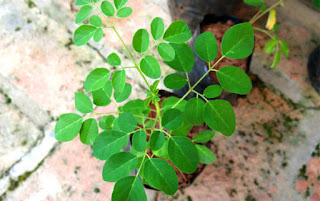 After Fidel Castro called the plant Moringa 'miracle tree "and attributed the marked improvement in his health, some Venezuelan politicians, ranging from Nicolas Maduro to the opposition and leader Henry Ramos Assembly, have filled their pharmacies with infusions of the plant. The latter even offered in heated discussions about the economic emergency of Venezuela Moringa tea bags to Chavez opponents they managed to calm down.
His rise began when Castro, 88, said massively cultivate the plant on the island and praised as an "inexhaustible source of meat, eggs and milk," a metaphor alluding to his "dozens of medicinal properties."

Moringa oleifera, also found under the name "drumstick" is an umbrella-shaped tree that can measure up to 8 meters high, is native to northern India but also can be found in Ethiopia, Sudan and has widely cultivated in tropical countries, according to studies by the FAO (Food and Agriculture Organization), which draws the Moringa as one of the species with economic value around the Himalayas, due to healing properties attributed to him.
It's long, distinctive fruit, along with its circular leaves and flowers are sweet smell, according to the International Centre for Research in Agroforestry ICRAF, a plant with a variety of healing and soothing properties, commonly known in Venezuela as "magic plant". Today is grown in large areas in Africa, tropical Asia, Latin America and the Caribbean.

Moringa also be called "drum stick", "horseradish" (for the taste of its roots), and even in parts of Africa is known as "mom's best friend." Among its benefits increased defenses, controlling cholesterol levels, the contribution of energy and their properties to the proper functioning of the liver and others are recognized.

Despite being present in countries like Venezuela, Dominican Republic, Cuba and Argentina, the use and cultivation of Moringa in Colombia is emerging, some companies already market their seeds and leaves, but few people know their benefits.