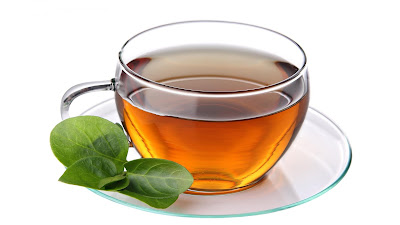 "Teas are a beverage category in which the appeal of foreign ingredients plays a role," says David Sprinkle, research director for Packaged Facts. "U.S. tea consumers are currently enjoying the varieties, such as matcha, moringa, and sencha, that have long been staples of Japanese and other Asian cultures. In the U.S. these are marketed as individual types and also used as components in tea beverages that have additionally flavoured with fruits and spices. Each of these teas also is favoured for their widely recognized health benefits, which is attractive to today's consumers who are trending away from surgery soft drinks and juices."
Here are Packaged Facts' four international tea trends to watch in the coming years that will help drive growth in the U.S. tea market from $8 billion in 2017 to $10 billion by 2022:
Matcha Tea – Popular in China and Japan, matcha is a highly nutritional form of green tea with high concentrations of potassium, magnesium, vitamins A and C, and fiber as well as high levels of L-theanine, a valuable amino acid that is said to have a calming effect on consumers it and substantial amounts of caffeine. It offers health benefits in terms of strengthening the immune system as well as providing an energy boost. Matcha has entered the mainstream as can be seen by the 2017 introduction by Unilever of its first-ever home-brewed matcha teas to its Pure Leaf line of hot and iced tea products.
Moringa Tea - Following along the same path as matcha except with origins rooted in India is moringa, a tea made from the leaves of the moringa oleifera tree that is rich in antioxidants. Benefits attributed to moringa include increased energy and rapid recovery after exercise, mental and emotional balance, and healthy blood sugar levels. Ready-to-drink moringa teas are few and far between, but there are many companies offering moringa teas for brewing. Among them is Terrasoul Superfoods, which has as its goal making nutrient-dense foods more affordable and accessible to consumers.
Sencha Tea - Sencha is a variety of green tea that is still relatively new to the U.S. market although it is considered the most popular tea in Japan where it originates. Sencha, reported to contain more antioxidants than matcha, is available in leaf and powder form, as loose tea and in tea bags. At present, many of the brands sold in the U.S. are imports from Japan, but there are U.S. companies that offer Sencha, as well.
Mizudashi (Cold Pressed Tea Process) - The adoption of the cold-brewed process in the ready-to-drink (RTD) coffee category has begun spreading to the tea category. As with coffee, the cold brewing process results in a beverage that is reported to be smoother and less bitter and is further said to better preserve the health benefits of the tea than preparing it through a hot brewing method. The Japanese tea marketer ITO EN in 2017 launched a lineup of ice-steeped cold brew ready-to-drink teas in the U.S. The company reportedly uses an authentic Japanese cold brew process called Mizudashi.
About the Report
Covered by this comprehensive new report are:
View additional information about U.S. Beverage Market Outlook 2018, including purchase options, the abstract, table of contents, and related reports at Packaged Facts' website: https://www.packagedfacts.com/updates/Beverage-Market.

Don't forget to opt-in to Our Healthy Living Society and get 3 free gifts while receiving the latest information on health, well-being and groundbreaking news about natural nutrition.
Posted by Ankh Rah Healthy Living Blog at 10:25