The inexorable rise of identity condiments has led to hard times for the most American of foodstuffs. And that’s a shame. 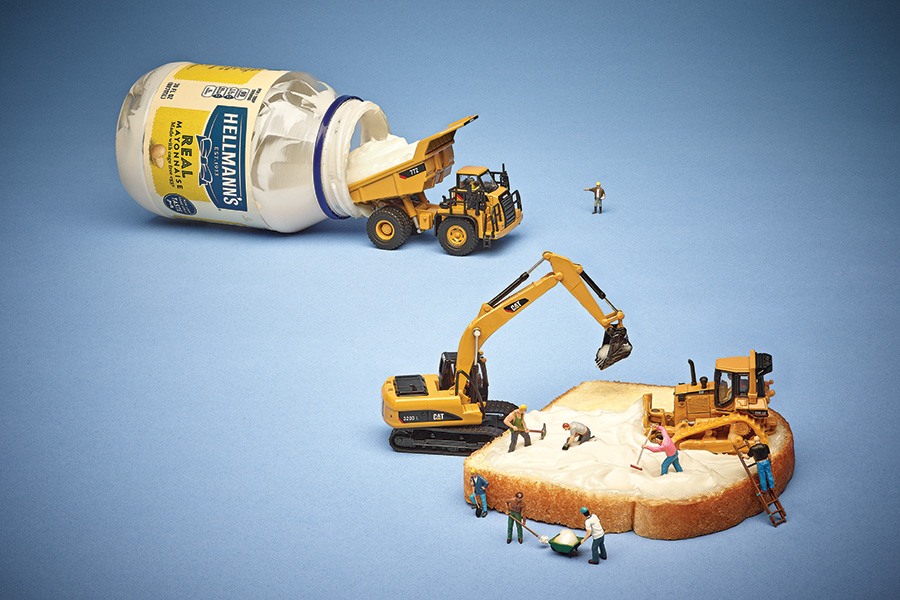 I write this in the dead of summer, always a bittersweet season — why is it we got summers off from school for all those years but don’t get summers off from work? — but doubly depressing these days, when I find myself suffering from picnic panic. The hot, languid weather brings with it a series of outdoor family events for which, as a tribal elder, I’m charged with providing provisions. Lately, though, I’ve had my feet cut out from under me. For years — nay, decades — my contributions to the Hingston clan’s Memorial Day and Fourth of July and Labor Day gatherings were no-brainers: I made what my mother once made. She was such a good cook that when she died prematurely, my husband and I typed up and photocopied (quaint, I know) a booklet of her recipes, tried-and-true favourites on which she built her formidable culinary reputation. When the holidays rolled around, I simply re-created one of her delicious dishes and toted it along.
Along about a decade ago, though, I began to notice I was toting home as much of my offerings as I’d concocted. My contributions were being overlooked — or shunned. Why should this be? Mom’s extraordinary potato salad — fragrant with dill, spiced by celery seed — went untouched on the picnic table. So did her macaroni salad, and her chicken salad, and her deviled eggs. … When I carted home a good three pounds of painstakingly prepared Waldorf salad — all that peeling and coring and slicing! — I was forced to face facts: The family’s tastes had changed. Or, rather, our family had changed. Oldsters were dying off, and the young ’uns taking our places in the paper-plate line was different somehow.
I racked my brain for the source of this generational disconnect. And then, one holiday weekend, while surveying the condiments set out at a family burger bash, I found it. On offer were four different kinds of mustard, three kinds of ketchup (one made from, I kid you not, bananas), seven sorts of salsa, kimchi, wasabi, relishes of every ilk and hue …
What was missing, though, was the common foundation of all Mom’s picnic foods: mayonnaise. While I wasn’t watching, mayo’s day had come and gone. It’s too basic for contemporary tastes — pale and insipid and not nearly exotic enough for our era of globalization. Good ol’ mayo has become the Taylor Swift of condiments.

Don't forget to opt-in to Our Healthy Living Society and get 3 free gifts while receiving the latest information on health, well-being and groundbreaking news about natural nutrition.
Posted by Ankh Rah Healthy Living Blog at 14:26