Vegans and vegetarians may think they’re 'eating healthy.' They’re not! 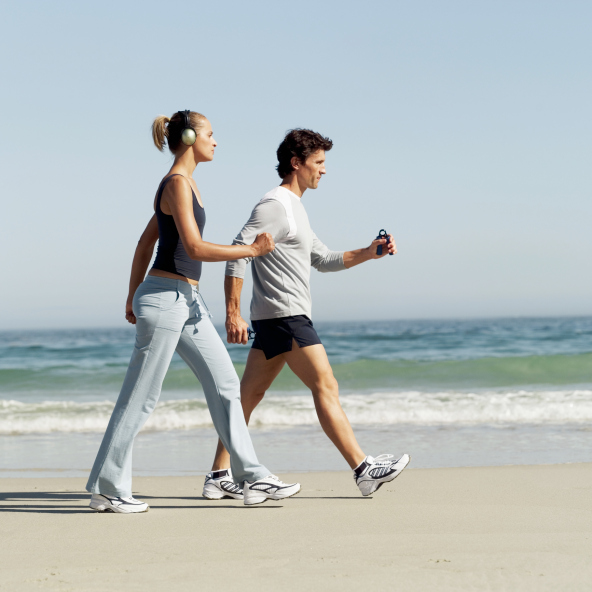 More than 7 million Americans are now vegetarian, and more and more are converting every year. The number of vegans in the U.S. increased by 600 per cent between 2014 and 2017.
And while it is true that predominantly plant-based diets have numerous benefits, they can also cause several underappreciated health problems.
The reason? Those who avoid animal food products often do not get enough B-12, the much-needed vitamin found in animal products that helps build red blood cells, repair DNA, and protect the brain.
That could be dangerous. Whether through more animal foods, including eggs and dairy, or a dietary supplement, Americans must ensure they get enough of this essential but scarce micronutrient.
Most vegans, those who don’t eat any animal products, and vegetarians, who don't eat red meat, seafood, or poultry, are short on B-12. A study published in the American Journal of Clinical Nutrition found nine in 10 vegans had below-normal levels of B-12. Vegetarians fare a bit better thanks to dairy and eggs, but they also fall short -- more than two in three are below normal in B-12. And about 55 per cent of children on a vegetarian diet have inadequate B-12 levels, according to a study by researchers at East Carolina University.
As a physician-scientist who has dedicated the past 50 years of my professional career to studying vitamin B-12, I know that a deficiency can have serious and sometimes devastating health repercussions. The symptoms start slowly, with indicators like fatigue, irritability and other mood changes, memory loss, and pale skin. But these symptoms can escalate to more serious issues such as vision loss and even psychosis, imbalance, and paralysis. B-12 deficiency is also known to raise the risk of developing depression, dementia, cardiovascular disease, stroke and even cancer.
Babies who don't receive enough B-12 in the womb run the risk of developing dangerous defects – indeed, expectant mothers with B-12 deficiency are up to five times more likely to have a child with a potentially disabling or fatal birth defect, many of which involve the brain or spinal cord. A study just out from the Harvard School of Public Health reports that the children of women given B-12 supplements during pregnancy and in the weeks immediately after birth score higher on expressive language tests at age 2 ½.

Vegetarians and vegans aren't the only ones at risk of B-12 deficiencies. The elderly, folks who take heartburn medications to reduce stomach acid, patients with celiac or Crohn's disease, and even people who have undergone gastric bypass surgery for obesity are also highly vulnerable.

Children also need B-12 for their brains to develop and their nervous systems to grow. Kids short on B-12 can face problems with digestion and growth. Such deficiencies have even been linked to neurological and behavioural disorders.
Getting enough B-12 isn't difficult with a proper diet -- or supplements, if necessary. The recommended daily dose for most adults is 2.4 micrograms per day; pregnant women and nursing moms need a touch more. To put that in context, there are about 1.3 micrograms of B-12 in a serving of steak, 1.5 in a cup of yogurt, 1 in an eight-ounce glass of milk, and 0.5 in one egg. Many types of seafood are also high in B-12. Thus, getting enough B-12 is relatively easy for people who eat from these food groups.
Those on plant-based diets -- especially if pregnant or nursing -- need to pay particularly close attention to their B-12 intake. People on a strict vegan diet get negligible amounts of B-12 from their diets.
Fortunately, B-12 supplements are safe and are generally inexpensive. So long as the stomach and intestines are functioning normally, a relatively small daily supplement will suffice -- with 50, 20, even 10 micrograms being sufficient. People with absorption problems may require higher doses, typically between 500 -1000 micrograms daily. Alternatively, they may need regular weekly, bi-weekly or monthly injections of B-12.
Vegetarians and vegans aren't the only ones at risk of B-12 deficiencies. The elderly, folks who take heartburn medications to reduce stomach acid, patients with celiac or Crohn's disease, and even people who have undergone gastric bypass surgery for obesity are also highly vulnerable.
And people with dangerously low B-12 levels may do worse if they have very high levels of folate -- a closely related B vitamin -- in their blood. This has become a bigger problem with the government-mandated addition of folic acid to grains and cereals -- coupled with excessive folic acid supplement use.
B-12 is extremely important. Whether by adding enough scrambled eggs and milk to their diets -- or taking a supplement -- people on plant-based diets must ensure they're getting enough B-12 to avoid getting some nasty health problems.
Dr. Ralph Green is a medical doctor and research scientist on the faculty of the University of California, Davis where he is a distinguished professor of pathology and medicine. He has carried out research on B-12 for over 40 years.
http://www.foxnews.com/opinion/2018/08/04/vegans-and-vegetarians-may-think-re-eating-healthy-re-not.html
Click Here For More Articles

Don't forget to opt-in to Our Healthy Living Society and get 3 free gifts while receiving the latest information on health, well-being and groundbreaking news about natural nutrition.
Posted by Ankh Rah Healthy Living Blog at 12:26