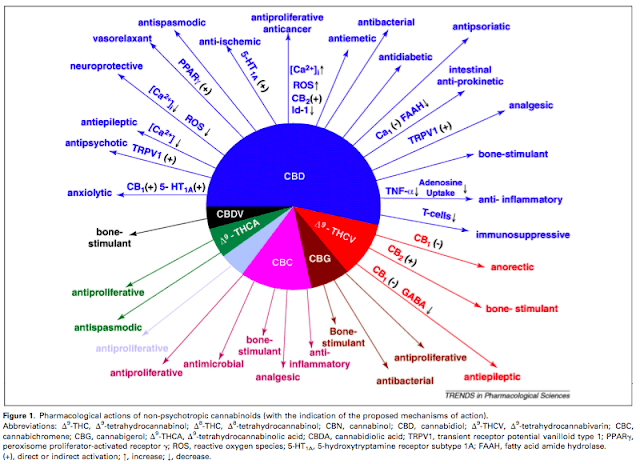 CBD is an extract from cannabis that seems to have therapeutic powers across a range of conditions, and now the researchers are starting to get interested.

Think cannabis, and images of smoking pot or weed—probably in a dark room—come to mind. But cannabis isn’t just about getting high; it’s been used in societies around the world for centuries as a remedy to treat a whole host of health problems, such as pain and insomnia.

Worried that the therapeutic use of cannabis could make us all dopes on dope, governments around the world banned it in the 1930s and 40s. Then, in 1940, a scientist was able to isolate one ingredient from the cannabis plant. Cannabidiol (CBD) certainly didn't make you high—another ingredient, THC (tetrahydrocannabinol), did that—but it didn't seem to have any therapeutic value either.

There the story appeared to end, other than for the occasional anecdotal tale about someone using it to ease pain or relieve stress. But things changed dramatically in 2013 when CNN in the US broadcast a documentary that featured a girl called Charlotte, who suffered from Dravet syndrome, a rare and life-threatening form of epilepsy. Charlotte, then aged five, was suffering around 300 grand mal episodes a week and the doctors didn't have any answers.

Her desperate parents searched online and discovered that CBD had been used to treat epilepsy. Although worried that they were giving marijuana to such a young girl, the parents felt they had to do something, and so started to give Charlotte CBD oil. Within a year, her seizures had almost stopped.

The story gave CBD a new name. Today, it's often called Charlotte's Web when it's not referred to as medical marijuana. And researchers are starting to take the medical appellation seriously; from hardly being studied at all, a new research paper on the therapeutic value of CBD comes out almost weekly. From cancer to Crohn's, CBD is being touted as a therapy that can help with a wide range of conditions, although, thus far, much of the research has been carried out on laboratory animals. Here's a review of some of the research:

Fractures
CBD helps fractures heal more quickly. On the face of it, it's bizarre—but it actually explains why CBD could be helping with so many other conditions too. Our body has its own cannabinoid system that regulates vital and non-vital processes—which means we respond to cannabis because of our intrinsic compounds and receptors. In other words, they can be activated by the cannabis plant. So, when we suffer a fracture, CBD activates the processes that make bones stronger and accelerates the building of new bone. Afterwards, the bone is stronger than before, making it less likely to fracture in the future, say researchers at the Tel Aviv University who made the discovery when they tested both CBD and THC on a group of laboratory rats. The CBD group's bones healed quickly, the THC rats were just happy. This could mean that CBD can prevent osteoporosis and other bone problems as we age, the researchers say. 1 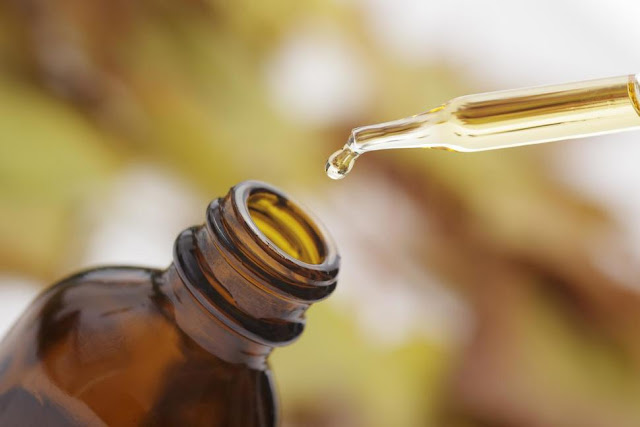 Pain
Pain relief was one of the first uses of CBD, and researchers continue to demonstrate that it's an effective analgesic. In one experiment on laboratory rats, a derivative of CBD, MDA19, successfully treated neuropathic pain caused by nerve damage, which is common in people suffering from trauma and diabetes. Not surprisingly, researchers from the University of Texas discovered that the pain relief was greater with the higher doses. 2

Another study, which explored pain's impact on sleep, discovered that half the 2,000 patients tested started to enjoy a full night's sleep after taking CBD, or a combination of CBD and THC. There were no side effects or dosages that caused problems, but it helped the patients—suffering from multiple sclerosis (MS), peripheral neuropathic pain, cancer pain and rheumatoid arthritis—get some restful sleep. 3

Inflammation
CBD is also an anti-inflammatory. It communicates with two receptors in the body—CB1 and CB2—and it's the second of the two that controls the inflammatory response. When activated, fewer inflammatory substances, known as cytokines, are released. In one test on mice, researchers at the Swiss Federal Institute of Technology discovered that the compound reduced swelling in 70 per cent of the animals. The researchers think that CBD could be used in treating chronic diseases such as liver cirrhosis, osteoarthritis and the artery disease, arteriosclerosis. 4

Crohn's disease
Crohn's disease is a form of inflammatory bowel disease (IBD) that doesn't respond to conventional treatment. When 21 sufferers were given cannabis or a placebo, five of the 11 in the cannabis group achieved 'complete remission' compared to just one in the placebo group, and 10 in the cannabis group reported a marked reduction in symptoms. The eight weeks of treatment achieved 'significant clinical, steroid-free benefits', the researchers said. 5

Alzheimer's disease
Amyloid beta is a protein that forms into plaques in the brain that are regularly seen in Alzheimer's patients—and cannabis can help remove them. Researchers from Salk Institute tested cannabis compounds, including THC, on neurons grown in the lab, and found they reduced amyloid beta protein levels and completely eliminated the inflammatory response. 6

Epilepsy
The treatment of epilepsy was what put CBD on the therapeutic map. The bulk of the scientific evidence for its effectiveness comes from Colorado, one of the first states to legalize marijuana, and the results have been mixed. In one study of 58 children and adolescents given CBD, one-third halved their rate of seizure, but 21 per cent reported an increase in seizures. CBD fared better in cases of infantile spasms; of the 5r3 children treated, 92 per cent reported a reduction in seizures. 7

In a separate test on a severe form of epilepsy called Lennox-Gastaut syndrome, sufferers reported a 42 per cent reduction in 'drop seizures'—where there is a severe loss of muscle control and balance—when they were given 20mg CBD, and this fell slightly to 37 per cent in those given 10mg. 8

LOOK OUT FOR PART 2: CBD as a treatment for anxiety, depression, stress—and cancer

Don't forget to opt-in to Our Healthy Living Society and get 3 free gifts while receiving the latest information on health, well-being and groundbreaking news about natural nutrition.
Posted by Ankh Rah Healthy Living Blog at 18:45