What you need to know about the latest wellness trend - superfoods! 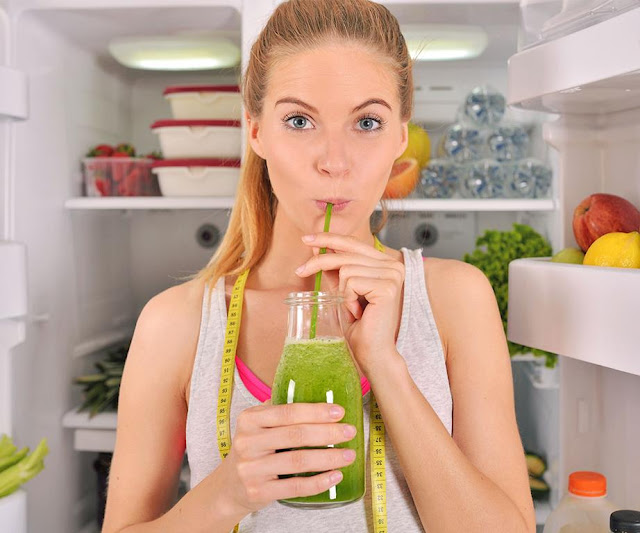 If it feels like every week there's a story about a new superfood that will cure chronic inflammation or alleviate menopause symptoms, you've probably wondered to yourself "What is a superfood exactly?"
Even though the term is frequently tossed around, many people aren't sure just what makes a food a superfood in the first place. Another reason for confusion: Many of these supposedly healthy foods aren't all that "super" if you don't eat the right ones.

What is a superfood?

There are no universal standards for determining what a superfood is, and there is no one agreed-upon list of all the superfoods that exist, according to the American Heart Association (AHA).
That said, the general idea is that what makes superfood super is that they're nutrient-rich, usually plant-based foods (although some meat and dairy foods do make the list) that are good for your health. Brussels sprouts, quinoa, walnuts, teff, and tomatoes have all been widely considered to be "superfoods."
"Eating 'superfoods' won't hurt you. Most are very healthy," nutrition expert Penny Kris-Etherton, PhD, RD, said. "As a registered dietitian, I'd like to see people eat more of the superfoods like whole grains, legumes, nuts and seeds, fish, fatty fish, and all fruits and veggies."
However, the problem with the concept of superfoods is that it's not truly a scientific term, but rather a marketing tool. Food companies spend lots of money on ad campaigns that tell you a specific food is the be-all and end-all for treating and preventing certain health conditions. While these superfoods are certainly good for you, they work best when eaten in conjunction with an overall healthy diet.
"A lot of people have unrealistic expectations about these foods, thinking they'll be protected from chronic diseases and health problems," Kris-Etherton said.
"They may eat one or two of these nutrient-dense foods on top of a poor diet." But loading up on one type of food, even if it's "healthy," isn't going to provide your body with the full range of nutrients it needs.

What was the first superfood?

You may be surprised to learn that the first superfood is something that's routinely on your grocery list and has been for quite some time. The United Fruit Company undertook a passionate ad campaign aimed at increasing sales of the humble banana in the early 20th century, according to the Harvard T.H. Chan School of Public Health.
The idea of bananas as a superfood really took off at the time, thanks in part to a glut of studies praising bananas as a treatment for conditions like coeliac disease (researchers at the time still did not know that gluten was the real culprit) and diabetes.

The myth of the superfood

One criticism of superfoods is that processing may remove a food's natural benefits. Take green tea for example. This healthy brew is touted for its ability to potentially reduce a person's risk of developing type 2 diabetes, heart disease, and breast cancer. Sounds like the epitome of a superfood, right? Well, the green tea in America is sometimes cut with inferior teas and brewed with tons of added sugar, thus negating many of its health benefits. If you want to really enjoy all green tea has to offer, make sure there aren't any added ingredients, and try and stay away from adding sugar.
The same can be said for sweetened superfood juices, which include fruits like acai berries, blueberries, and pomegranates. Sure, those juices sound healthy — but all the added sugar renders them the equivalent of taking a salad and loading it with fatty dressings, bacon bits, and croutons. Yes, it's still a salad, but in some cases it's no better than the burger you were trying to replace.
Another knock against superfoods goes back to how hard it is to define what a superfood is. It's not a scientific term, so many experts don't like to use it. Of course, that doesn't stop marketers from plastering the word in all their advertisements, which may prompt some people to load up on it in an unhealthy way.
"When we label these foods as 'super' and 'healthy,' people think they can eat them in unlimited quantities. But you do have to be cautious of the amount you eat, because you can gain weight from eating too much healthy food," Despina Hyde, RD, said.
Now, all of this isn't to say that your superfoods aren't truly super — because they certainly can be. You just need to make sure you're eating the right ones and that you haven't put on blinders to all the other good-for-you foods that no one's calling "super" just yet.

Via our sister site First For Women.

Don't forget to opt-in to Our Healthy Living Society and get 3 free gifts while receiving the latest information on health, well-being and groundbreaking news about natural nutrition.
Posted by Ankh Rah Healthy Living Blog at 14:56