Walnut consumption may increase the number of beneficial bacteria in the gut, according to a recent animal study published in The Journal of Nutritional Biochemistry. 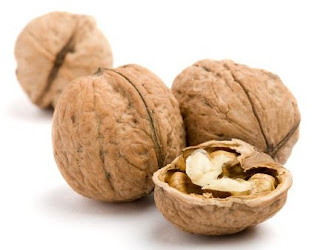 Walnut consumption may increase the number of beneficial bacteria in the gut, according to a recent animal study published in The Journal of Nutritional Biochemistry.
At the end of 10 weeks, rats fed a diet containing ground walnuts showed an increase in beneficial bacteria types including, Lactobacillus, Roseburia, and Ruminococcaceae.
Rats in the walnut diet group also showed greater gut bacteria diversity than those consuming the walnut-free control diet.
"The diet groups had distinct microbial communities with animals consuming walnuts displaying significantly greater species diversity," concluded the researchers from Louisiana State University.
The finding is also important because the ability to positively influence gut bacteria composition with foods like walnuts may eventually lead to better health outcomes.
"Gut health is an emerging research area, but we are seeing that greater bacterial diversity may be associated with better health outcomes, whereas low diversity has been linked to conditions such as obesity and inflammatory bowel disease," said lead researcher professor Lauri Byerley.'Superfood'
Walnuts have often been described as a 'superfood'. They contain high amounts of the omega-3 fatty acid, alpha-linolenic acid, as well as antioxidants, fibre, polyphenols and other phytochemicals.
Previous research has suggested that walnuts may be beneficial to the heart and metabolic health, as well as inducing anti-inflammatory, neuroprotective and cancer-protective effects.
Up until now, the mechanisms whereby walnuts provide these benefits have been poorly understood.
However, this study also found that adding walnuts to the rats' diet shifted the relative amounts of the functional capacities of the different types of bacteria. This is in turn affected 12 different metabolic pathways, including those responsible for tryptophan metabolism and the breakdown of various amino acids and certain polyunsaturated fatty acids.
The researchers acknowledged that further studies are needed to comprehend the influence of different gut bacteria types on the functional capacities of these metabolic pathways. These investigations should include replication of the effects in human trials.
Nevertheless, the findings represent a step forward in understanding how walnuts deliver their health-giving properties.
"Walnut consumption altered the gut microbial community suggesting a new mechanism by which walnuts may confer their beneficial health effects," concluded the authors.
The ability to increase or decrease the capacity of individual metabolic pathways by manipulating the relative numbers of bacteria types within the gut could have enormous implications for disease prevention.
"The health of the gut is related to overall health in the rest of the body," added Byerley. "Our study is showing that walnuts change the gut, which could help explain why there are other positive health benefits to eating walnuts such as heart and brain health."
http://preventdisease.com/news/17/072717_Consuming-Walnuts-Boost-Good-Bacteria.shtml
Love Walnuts? Leave your comment below.

Click Here For More Articles
Don't forget to optin to Our Healthy Living Society, for the latest information on health, wellbeing and groundbreaking news about natural nutrition.
Posted by Ankh Rah Healthy Living Blog at 09:04