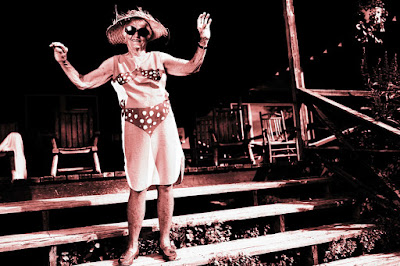 Even though we live an exciting era of cutting-edge technology, genomics, and personalized, precision medicine, your best chance at living a long, healthy life is incontestably low tech: Don’t smoke. Don’t become obese. Lay off the booze.
For a new study published in the journal Health Affairs, researchers from the University of Michigan tracked over 14,000 people — a group that was representative of the general American population — starting at age 50. They found that those who reached 50 who had never smoked, who were not currently obese (BMI less than 30), and were not currently heavy drinkers (defined as less than 14 drinks a week for men and less than seven drinks a week for women) lived, on average, seven years longer than their peers. What’s more is that the researchers also tracked disability (i.e., trouble walking, bathing, getting out of bed) and found that of those seven additional years, six were disability-free. In other words, this wasn’t just about an increase in life; it was about an increase in good life.
First, the positives: All three of these key lifestyle characteristics are highly modifiable. And though this study keyed in on individuals who had never smoked, research shows that when current smokers quit, they almost immediately start accruing benefits.
Now, the negatives: The researchers found that nearly 80 percent of Americans reach their 50s having smoked, been obese, or both. There are, of course, socioeconomic and structural reasons for this. Let’s return again to smoking, for instance: Recent reports show that the average smoking rate among less-educated Americans is 40 percent — compare that to the national average of 15 percent. “By nearly every statistical measure … America’s lower class now smokes more and dies more from cigarettes than other Americans,” the Washington Post reported last month. It’s worth noting that for this new study, the researchers did control for education level as well as race and ethnicity. “Health behaviors tend to be strongly patterned by one’s educational level,” study co-author Neil Mehta, of the University of Michigan, told Science of Us in an email.
Overall, this means that as a society, we have a long way to go when it comes to promoting health and longevity. And while billions of dollars are being poured into “moon shot” therapies to treat disease, already measly public-health budgets — the very dollars that go toward tobacco control, obesity, and alcohol consumption — are being cut further. It’s too simplistic to say the solution is all down to individual choice, but at least now we have more evidence of where we should focus our public-health and policy priorities. Millions of good, healthy years are at stake.
http://nymag.com/scienceofus/

What are your thoughts on this topic? Leave your comment below.

Click Here For More Articles
Don't forget to opt-in to join Our Healthy Living Society, for the latest information on health, well-being and groundbreaking news about natural nutrition.
Posted by Ankh Rah Healthy Living Blog at 11:29