Cooking to care: the husband who learned to cook to help his wife with MS 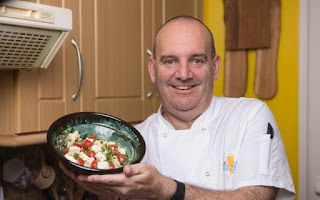 Bev, now 54, had always been a skilled home cook, but had recently been diagnosed with secondary progressive multiple sclerosis and the condition had taken hold quickly. With John useless in the kitchen, the couple resorted to ready meals, but it was a dismal time. “We had about two weeks of frozen food but I knew after a couple of nights that we couldn’t eat much more of it,” John remembers. “There was no flavour. It was sad.” 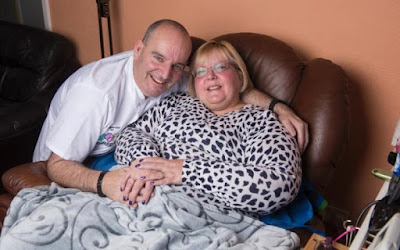 But the 51-year-old Blackpool Council manager had an idea. “I put one of those office chairs on wheels in the kitchen, sat Bev down and asked her to teach me to cook. That’s how it all started.”
John had no culinary skills at all. “To be honest I was completely spoiled,” he admits. “Bev was a very good cook.” But she was also an excellent teacher. John learned basic dishes quickly and soon progressed to more complicated meals. He also devoured recipe books and television cookery shows. “I was obsessed,” he admits. “I wanted to be able to give Bev whatever she wanted to eat, like she had always done for me. Fresh food is important to us all.” 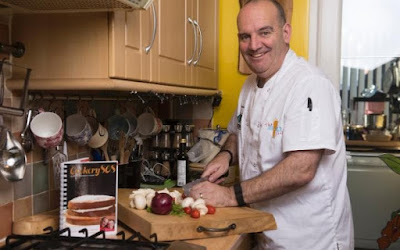 One day, after a year of lessons, John had “a little disagreement” with Bev about lasagne and was ready to dump his efforts in the bin. But he grabbed an ice-cold beer from the fridge, poured Bev a glass of wine and they finished the dish together. Feeling inspired, he opened a Twitter account under the name Ice Cold Chef to share his experiences cooking and caring for Bev. “It meant that suddenly we were in touch with the world outside,” John says. “A lot of people back away from you when there’s illness and you end up quite isolated. It started a new life for us.”
John’s positive and enthusiastic tweets quickly earned him a loyal following – even Nigel Slater has tweeted words of encouragement along the way. As his confidence grew, John established the #CookerySOS hashtag to motivate fellow carers to cook from scratch and launched a website to share his recipes (www.icecoldchef.co.uk), and a cookery book, Cookery SOS.