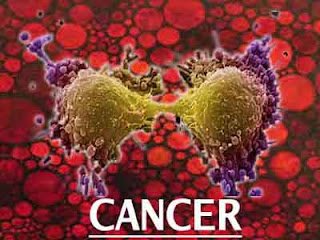 Men taking a treatment for prostate cancer known as androgen deprivation therapy may be almost twice as likely to develop Alzheimer’s disease than men not taking ADT, a study has found.
While the research in the December 7 issue of the Journal of Clinical Oncology stopped short of showing any definitive cause-and-effect between ADT and Alzheimer’s, scientists said the association raises concern and merits further study.
“We wanted to contribute to the discussion regarding the relative risks and benefits of ADT, and no one had yet looked at the association between ADT and Alzheimer’s disease,” said lead author Kevin Nead, a doctor at the Perelman School of Medicine at the University of Pennsylvania.
“Based on the results of our study, an increased risk of Alzheimer’s disease is a potential adverse effect of ADT, but further research is needed before considering changes to clinical practice.”
The findings are based on two large sets of medical records, covering about five million patients, of whom 16,888 received a diagnosis of prostate cancer.
Some 2,400 of the prostate cancer patients had received ADT, and had the necessary follow-up records for the data analysis, the study said.
Researchers compared the ADT patients with a control group of non-ADT prostate cancer patients, and found that the ADT group had significantly more Alzheimer’s diagnoses in the years following the initiation of androgen-lowering therapy.
“By the most sophisticated measure, members of the ADT group were about 88 percent more likely to get Alzheimer’s during the follow-up period,” said the study.
The longer patients took ADT, the greater their risk of Alzheimer’s disease.
About a half million men in the United States take ADT, a therapy that suppresses production of the male hormones known as androgens, which can play a key role in stimulating prostate cell growth.
Side-effects of reducing androgen activity can include low testosterone levels, impotence, obesity, diabetes, high blood pressure, heart disease and depression.
Previous studies have suggested that low levels of the hormone testosterone may weaken the aging brain’s resistance to Alzheimer’s.
http://www.ngrguardiannews.com