There's a lot wrong with eating "everything in moderation"

From convincing oneself that dietary habits don't have to change, to fuelling junk food sales and diminishing the intake of really healthy stuff, following the "everything in moderation" rule can be problematic. 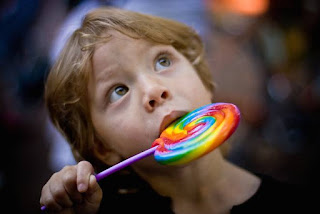 When the World Health Organization announced last month that processed meat causes cancer, there was a flurry of reaction on social media. People got on Twitter to proclaim their disagreement with the WHO’s stance and urge others that “everything in moderation” is a better piece of advice to follow than keeping away from specific food groups.
The problem is that “everything in moderation” has become an excuse for people who don’t want to change their eating habits, regardless of the evidence. The WHO does not make announcements lightly, and, when it does, bases them on the latest scientific research. And yet, the popular reaction is to avoid addressing the actual reasons provided by the WHO for why processed meat is unhealthy and to start reciting platitudes such as “everything in moderation” or “a little bit won’t hurt you” as a way of saying, “I don’t want to change my eating habits!”
In an article for Lifehacker, writer Beth Skwarecki points out that “everything in moderation” is used for to achieve two main goals – (1) dismissing things we don’t want to hear, and (2) selling junk food products. She writes:

“Once you give yourself license to eat anything ‘in moderation,’ it easily turns into license to eat anything, and call it moderation. The word has become an excuse, a way to say ‘screw you, I’m going to eat whatever I want’—all while smugly proclaiming that you live by simple, folksy advice and don’t have to worry about the latest in nutrition science.”

As far as marketing goes, the big food companies selling sugary junk in the checkout aisle want nothing more than to be allowed in people’s daily diets. Playing the moderation card is the surest way to guarantee sales. Skwarecki writes that the “Back to Balance” coalition, made up of companies such as the Sugar Association, the National Confectioners Association, the Corn Refiners Association, the Snack Food Association (among others), have as their motto, “All foods fit in a balanced diet.”
That is not true. The food-like substances produced by those companies should not be part of anyone’s daily regimen, even if the portions are very small.
The problem with becoming overzealous about moderation is that it can affect other areas of one’s diet by “moderating” the intake of the most important foods. There is really very little that should be eaten moderately. We should be gorging ourselves passionately on good food – stuffing our faces with locally grown, organic vegetables and fruit, filling our stomachs with whole grains and healthy fats and high-quality protein. At the same time, we should be avoiding candy, potato chips, French fries, cheap processed meat, sugary drinks and the like, as if they were the black plague.
If you toss in the occasional chocolate bar, once in a while, it won’t cause cancer instantaneously – but that’s not moderation. It is a rare treat that has nothing to do with one’s balanced diet. Why eat moderately when your lifelong health depends on it? Maybe it’s time to start “eating like you mean it.
http://www.treehugger.com/