The Next Frontier For Wearables: Bendable Batteries, Healthy Tattoos And More

When mass-appeal wearable devices arrived on the scene in 2009 in the form of Fitbit, skeptics wondered whether consumers would feel the need to track their steps and calories. But as technology has gotten more sophisticated and devices more sleek and intuitive, the industry has grown exponentially.
As the worldwide wearables market is expected to swell to more than 126 million units shipped in 2019 (up from 19.6 million units in 2014), its applications have moved far beyond fitness trackers. Let’s take a look at three groundbreaking innovations that are poised to revolutionize the wearable tech sector even further. 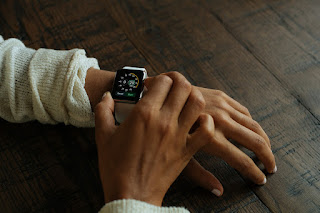 For wearable tech to become as ubiquitous as smartphones and tablets, batteries need to be smaller and longer lasting, while also being thinner and more flexible. Samsung SDI and LG Chem have made headway recently, as demonstrated at the recent InterBattery 2015 exhibition in Seoul.
Samsung debuted two new batteries. The ultra-slim .3 mm Stripe is a flexible battery that Samsung claims has higher energy density compared to other batteries on the market, thanks to its minimized battery sealing width. Because of the Stripe’s thinness and flexibility, there’s a big opportunity here for wearables to move into more devices, like necklaces and clothing.
Meanwhile, the Band is meant to attach to smartwatch straps to add 50 percent more battery power to the original device. Contorting the battery more than 50,000 times in testing its durability, Samsung’s focus on form as well as function could be a game changer when these enter the consumer market around 2017.
LG Chem also unveiled a new flexible smartwatch battery that it began developing in 2012. Setting this one apart is its ability to fold into a tight radius of 15 mm, or half the size of current batteries on the market. The wire battery will allow for smartwatches to be much more flexible in future designs.

Ultra thin wearables that adhere to the skin like tattoos to monitor vital signs might sound like science fiction, but they’ve been around for a few years now. Until recently, the trackers were prohibitively expensive and time-consuming to make. But researchers at the University of Texas have developed a “cut and paste” method for affordably producing these trackers in just 20 minutes. 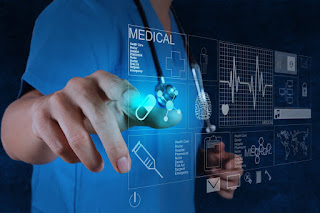 The process involves cutting pieces of metal on polymer adhesives and printing electronics onto the adhesives. While these patches aren’t yet widespread in healthcare settings, this latest breakthrough could make them more readily available as a way for doctors to track patient vital signs, heart rate, muscle movement and more.

Manipulating substances on the atomic and molecular level could provide a new host of wearable tech capabilities. Two years ago, Google X announced it was working on developing magnetic nanoparticles capable of seeking out cancerous cells in the bloodstream and reporting these to a smart wristband via light signals. Filing a patent called Nanoparticle Phoresis earlier this year, Google is making progress on a lofty goal that could revolutionize the way we detect and treat cancer, among other maladies.

Meanwhile, the wonder material graphene — a single atom layer of carbon bonded hexagonally, the thinnest and strongest material ever created in a lab — has given rise to more than 25,000 patents since its discovery in 2003. Among the latest potential applications for graphene is wearable, coated fabrics that can detect dangerous gases in the air and alert the wearer by activating an LED light.
Led by researchers at the Electronics and Telecommunications Research Institute and Konkuk University in the Republic of Korea, this breakthrough could be applied to industries where air quality poses a health threat and wearing a monitor will allow for quicker response time to threats. Combined with graphene’s proven heat-reducing potential in electronics, the nanomaterial is poised to be a big player in wearable tech.