7 health reasons why high-quality nutrition is needed now more than ever!

London UK (14 March 2017) - Ankh Rah Ltd is an innovative health and nutrition company based in the UK that provides the highest quality of natural food supplements. Ankh Rah’s ‘Future of Health Campaign (April 2017) aims to raise awareness and increase the availability of award-winning high-quality nutritional supplements.


Ankh Rah believes most natural nutritionists would agree that the most common modern diseases are preventable."....the primary determinants of these diseases are not genetic but environmental factors, including diet and lifestyle"(NIH)[a1]. If this is the case, why are some of these diseases on the increase rather than decreasing?


Could it be the lifestyle we are living is so demanding that in today’s modern world, many people are busier, more stressed, more tired and increasingly less healthy? A rundown system often leads to poor nutritional choices like fast food or quick fixes such as energy shots. These choices impact our well-being in the moment but also can have long-term health effects. Ankh Rah high-quality supplements are providing healthier choices to those who prefer them.


Here are some of the facts:


Ischemic heart disease and stroke are the world’s biggest killers, accounting for a combined 15 million deaths in 2015. These diseases have remained the leading causes of death globally in the last 15 years. 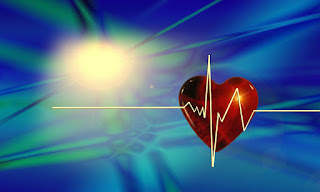 
Stroke is a sudden and devastating illness; however, many people are unaware of its widespread impact.


3.     There are approximately 1.1 million stroke survivors living in the UK.


4.     Stroke is a leading cause of adult disability.


5.     More than half of all stroke survivors are left dependent on others for everyday activities.


6.     High blood pressure is the most important risk factor for stroke, contributing to about 50% of all strokes.


7.     One of the main contributors to high blood pressure is a bad diet/lifestyle. [3] 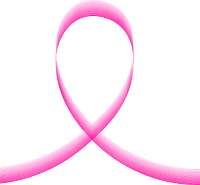 
A new study review made by researchers at the University of Manchester in the UK strongly suggests that the fatal disease is man-made. They point to environmental factors such as diet and pollution, or the excesses of modern life as the cause of the ailment. [4]


Finding only one case of the disease in the investigation of hundreds of Egyptian mummies, with few references to cancer in literary evidence, proves that cancer was extremely rare in antiquity.


If this disease is man-made then it can be eliminated by man, with a healthy diet and lifestyle. [4] 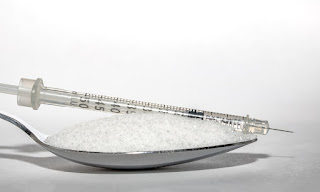 
The projected rise in the number of diabetes sufferers from about 135 million now to almost 300 million by the year 2025 is due to population aging, unhealthy diets, obesity and a sedentary lifestyle. Developing countries will bear the brunt of the diabetes epidemic in the 21st century. Up to 90% of all cases of diabetes worldwide are non-insulin-dependent (Type 2).


As diabetes is suspected to be unrecognized in many cases and under-recorded as a cause of death, the statistics could be a lot higher.


3.     Blindness, and, particularly in developing countries,


4.     Foot infections, gangrene, and amputation of the limbs.


5.     It adversely affects the outcome of pregnancy, negates the protection from heart disease which pre-menopausal women without diabetes experience, 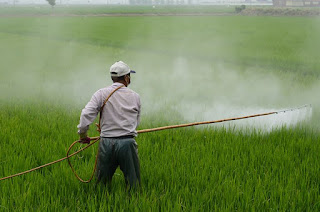 GMOs:
Mass-produced food in the west is primarily being produced using a two-part system of GM plants with toxic pesticides/herbicide. Research indicates that the new bacterial RNA and DNA present in genetically engineered plants, providing chemical herbicide resistance and other traits, have biological effects not yet fully understood.


Glyphosate, the active ingredient in Roundup®, is the most popular herbicide used worldwide. Residues are found in the main foods of the Western diet, comprised primarily of sugar, corn, soy, and wheat.


Glyphosate's inhibition of cytochrome P450 (CYP) enzymes is an overlooked component of its toxicity to mammals. CYP enzymes play crucial roles in biology, one of which is to detoxify xenobiotics. Glyphosate enhances the damaging effects of other food-borne chemical residues and environmental toxins. Negative impact on the body is insidious and manifests slowly over time as inflammation damages cellular systems throughout the body. [6] 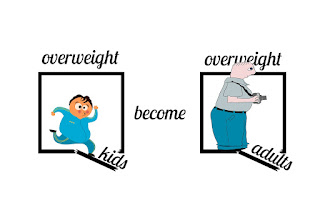 
At least 2.8 million people each year die because of being overweight or obese.


The prevalence of obesity has nearly doubled between 1980 and 2008. Once associated with high-income countries, obesity is now also prevalent in low- and middle-income countries. Childhood obesity is one of the most serious public health challenges of the 21st century. Overweight children are likely to become obese adults. They are more likely than non-overweight children to develop diabetes and cardiovascular diseases at a younger age, which in turn are associated with a higher chance of premature death and disability. [7] 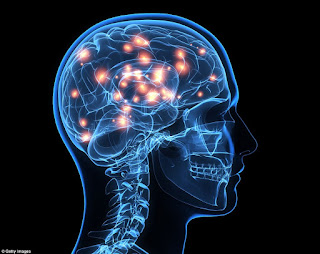 
Junk food drives up the level of amyloid plaques which are associated with increased risk of Alzheimer's, they 'create blockages in the brain'. Americans have a higher average risk than most other nationalities of developing the degenerative brain disorder and have done for years. That is likely due to their dietary pattern, which drives up cholesterol and Alzheimer's-influencing proteins that create blockages in the brain.


According to Dr. William Grant, lead researcher at the Sunlight, Nutrition and Health Research Centre: “Most if not all recent studies of Alzheimer's disease indicate that a diet high in fruits, vegetables, grains and fish are linked with a reduction in the risk developing the disease.”[8]


The common thread in these reports is the fact that the main influence on the risk of developing these diseases is with your diet.


Therefore, the pioneering company known as Ankh Rah Ltd is on a mission to make high quality natural nutritional foods more available in the UK and worldwide. To give those who are seeking to improve their diet, lifestyle or have allergies or intolerances, more choice.


Ankh Rah is about to launch an exciting “Future of Health” Kickstarter Campaign for this purpose.


Ankh Rah’s products create highly functional individuals driving change in our world. Ankh Rah endeavours to bring functional nutrition to the world and have won multiple natural health awards over the past four years including the: 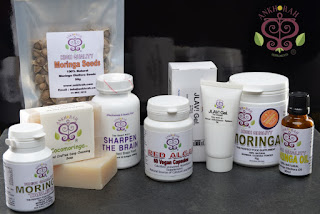 
“item arrived as promised. Web site has plenty of info to help with your choice of product.
I started with one tea spoon of moringa powder in a pint of juice.
immediately i could feel its effects. I had to reduce this to half a tea spoon in a pint. This powder is really powerful.

I used to suffer from extreme fatigue but now after taking the powder i have no such symptoms.

This Company does supply a high quality product.”


If you would like to help spread the word: