To mark International Women’s Day, females now live in a time of world-changing medical breakthroughs - from stem cells, vaccines and advanced hormone therapies, the speed of medicine and science has given us countless new possibilities for treatments that we are now reaping the benefits of. We live within a period of personalised, targeted cancer therapies, where most cancer types today are even treatable. However, despite the advancements, we are still reliant on ourselves to notice changes within our own physiology. Cancer is only treatable or manageable if caught early.
It is for this reason that survival rates for the fifth most common female cancer remain stagnant.

Ovarian cancer represents a significant threat to global women’s health: as the fifth most common cancer, more than 7,100 women are diagnosed with ovarian cancer every year in the UK, and regrettably, the majority of these - three-quarters of cases - are only noticed once the cancer has spread.

Miss Moneli Golara, a Consultant Gynaecologist at Highgate Private Hospital, urges education around the symptoms required for early diagnosis, encouraging women to take the time to learn the symptoms of the cancer. Education can make the difference between a successful outcome or an unmanageable disease.

“Ovarian cancer is known as the ‘silent killer’”, Moneli Golara comments. “Symptoms of the cancer often present at late stages of the disease because the symptoms are very subtle and vague. The common symptoms to look out for include feeling bloated and feelings of indigestion - women often complain that their clothes are getting tight around their waist. As the warning signs are much more subtle than other cancers and diseases, the disease very commonly presents at the late stages, and mostly presents when other organs have been affected due to spread of disease.

“It is for this reason that greater education for all women – young and old, those with a medical history and those without – should be made a priority. It’s not enough to know the prevalence rates women need to know the basic symptoms, and keep an eye on any changes.
“Too often women ignore their symptoms thinking they are trivial or of no importance, and do not seek help in timely manner. I would advise women not to ignore symptoms and to seek advice. All is needed is a pelvic scan and a blood test to rule out this condition. However we have no test to predict who will get this, and if we leave any symptoms unchecked it could leave room for tumour development.”

Speaking on women’s risk, Moneli Golara says, “If there are any other family members with ovarian or breast cancer or if there is a family history of BRCA gene positivity, then women are at greater risk and should be especially tuned in to the symptoms of ovarian cancer. Also, not having children or having children later in life or fertility treatment can be risk factors."
Golara concludes, “As treatment for the cancer, surgery and chemotherapy are first line of management. Yet unfortunately there has been no significant improvement in survival figures due to the fact that the disease presents itself in advance stages, so prevention rather than treatment should be the first priority”. 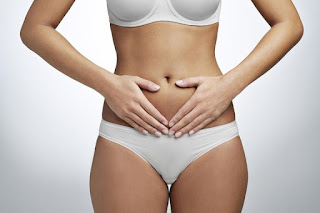