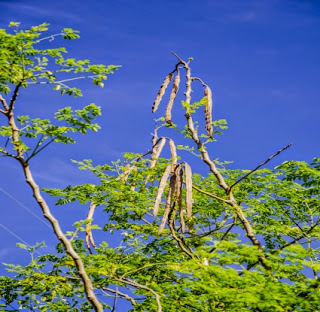 It took an attempt on his life to turn Olajuwon Okubena to African traditional medicine. On his retirement from audit firm KPMG, the business consultant went into full-time agriculture and poultry rearing in Ilese-Ijebu, his hometown in southwestern Nigeria.
One night, he was attacked and shot in the head. His attempt to find out who was behind the incident led him to a traditional medicine practitioner, and he says that he was so impressed by the man’s knowledge of medicine and metaphysics that he decided to become an apprentice.
While undergoing training, Okubena saw the herbalist using sorghum extracts to treat various diseases. “I found out it was efficacious as he successfully treated many diseases including anaemia, diabetes, arthritis and hypertension,” he says. “Most of the patients reported significant improvement within a couple of weeks.”

A degree of caution is necessary in approaching traditional medicine. The World Health Organisation (WHO) recognises that access to essential medicine is still a major health issue in Africa and that up to 80% of the population uses traditional medicine for primary healthcare.
However, while it says that scientific evidence from randomised clinical trials is strong for some herbal medicines, it cautions that in many cases further research is needed and “unregulated or inappropriate use of traditional medicines and practices can have negative or dangerous effects.”
However, recognition of the potential of traditional medicine has been growing. In 2001, the African Union declared 2001–10 the Decade of African Traditional Medicine and in 2007 the West African Health Organisation (WAHO), a regional agency established by the Economic Community of West African States, set up a programme to support member states in institutionalising traditional medicine in their health systems.
Public figures have supported this effort. Speaking in 2009, Babatunde Fashola, then governor of Lagos state, called for critical engagement with traditional medicine in order to make “informed decisions on the place, integration and development of this sub-sector in the total package of our health care system” and also stressed its socio-economic potential.

Okubena’s personal experience was the catalyst for his change of profession from farming to African traditional medicine. He could see the economic potential of sorghum and in 1997 founded Lagos-based Health Forever, which develops natural health products.
Today, the 74-year-old, who exports his products to the United States, Europe and other African countries, has also started a Nigeria-based movement to propagate African traditional medicine globally.
With a group of Nigerian herbal practitioners, he has established the Research Institute of Traditional and Alternative Medicine, an NGO in Lagos that seeks to find “scientifically based herbals solutions” to intractable health problems like hypertension and diabetes and to collaborate with government institutions and other research groups.
However, Okubena says traditional medicine is still being largely practised in an informal way, especially in Nigeria, which contains a cornucopia of traditional medicinal herbs. “There is no political will to establish and institutionalise traditional medicine into the National Health Care system,” he says. “Nigeria is not earning anything from the over-$60bn world trade in herbal medicine.” 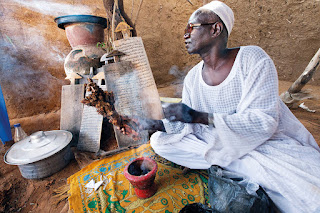 In December 2016, the 8th Scientific Congress of Traditional and Conventional Medicine Practitioners held in Lome, Togo, identified some of the major challenges faced by African traditional medicine. Absence of government policies came top of the list, followed by lack of education and training of practitioners.
While some countries like Ghana, Burkina Faso and Nigeria are establishing training programmes and university curricula, lack of funding is hampering their work, especially construction of laboratories, which is critical for research. WAHO deputy director Dr Laurent Assogba said his organisation is seeking funding for traditional medicine practitioners.
“This is where governments need to intervene to provide the needed funds for development as is done in other countries like China,” says Okubena. “Developed countries are now resorting to herbs and natural products but they are not endowed with powerful herbal plants like in Africa.”
He points to research suggesting many African herbs can combat oxidative stress, which underlies a number of diseases, but laments the lack of funds available to discover and commercialise them. He says that if correctly utilised, traditional medicine could be a key driver in terms of revenue and employment generation in Nigeria.
He even makes the extraordinary claim that it could rival the oil industry, citing the revenue generated by traditional Chinese medicine. “Most countries have developed their indigenous medicine to enviable heights,” he says.
“In some instances, such countries have exported their traditional medical knowledge to other countries, thereby earning much-needed foreign exchange. African traditional medicine would contribute to the wealth of Africa through export earnings and it would reduce the unnecessary expenditure on import of allopathic drugs.”
Acupuncture is a case in point. Okubena points to the way this important branch of traditional Chinese medicine is now studied and practised all over the world. “Acupuncture has gained global recognition and accolade as a medical system thanks to exceptional support by the Chinese Government.”